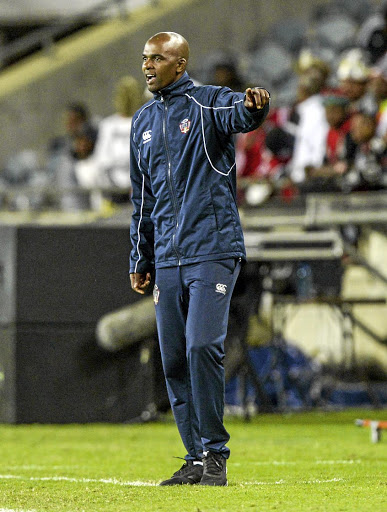 Mbuyiselo Sambu will once again stand in as Chippa United's interim coach while management search for a new head coach.

The Port Elizabeth-based Absa Premiership side are without a coach after the club decided not to renew coach Rulani Mokwena's contract, which expires today. Mokwena had been with Chilli Boys on loan from Orlando Pirates.

Sambu is in charge of Chippa's MultiChioce Diski Challenge team and has been tasked with taking care of the senior squad until a new coach is identified.

Chippa COO Lukhanyo Mzinzi yesterday confirmed management were busy looking for a suitable person to take charge of the team before the return of the league.

"We are still looking for a coach. Sambu will be the coach in the interim as we are still busy with our search," Mzinzi said.

"We are going through testing of players and staff for Covid-19 this week. You might be aware that there are only two labs in Port Elizabeth which are also serving East London. So there is a serious backlog but we hope by the end of the week we will be done with all testing."

Asked if Chippa had perhaps considered enticing Gavin Hunt or Benni McCarthy to the club despite their high salaries, Mzinzi said: "No, it's not a matter of that (their high salaries). But it has to do with the technicality.

"I can tell you now Benni is in Scotland. There's a travel ban so he is just out of our radar. With Gavin Hunt, I am sure he is still focusing on finishing the league with Wits."

This will be Sambu's fifth appointment as interim coach.