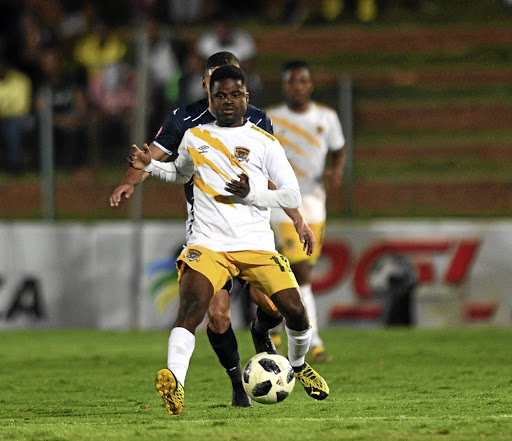 Black Leopards' bid for survival received a boost after confirming that they have extended the contracts of four key players for two months.

Their contracts with Lidoda Duvha ended last month, but whether they will stay on beyond this season will depend on Leopards surviving the chop.

"Everyone whose contract ended, we have renewed except for Joseph Mhlongo," Thidiela told Sowetan yesterday.

"They have agreed to extend until the remaining matches.

"It is only Mhlongo whose contract was not extended, rest of them based on the coach's plan, we have negotiated with them to make sure that they remain in the team for the last six matches."

Many would have thought that professional players won't be able to cope without income, but that's not the case with Mark Mayambela and Joseph ...
Sport
2 years ago

Thidiela added that they have offered those players contracts that will go beyond the current season, but that they have not indicated yet if they will stay on. Kapinga has been linked with a move to Mamelodi Sundowns and it seems he has already set his sights on the bigger picture. Ngele, Ng'ambi, and Bereng have not indicated if they will want to extend after two months.

"We even offered new contracts going forward beyond the six matches, so it is up to them to say yes or no," Thidiela added.

With the side fighting for relegation, they needed to keep all their players to help them survive the chop.

Leopards are currently at the bottom of the league table three points behind AmaZulu, Baroka and Polokwane City.