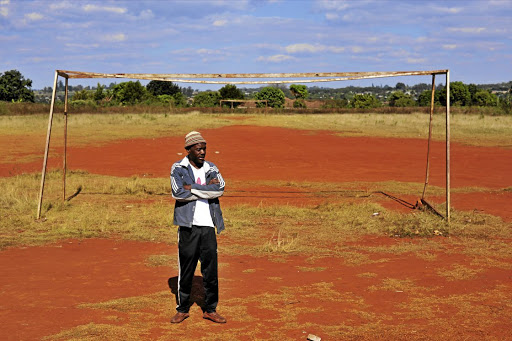 It never crossed many people's minds in Tshakhuma village near Thohoyandou in Limpopo that a less talented soccer player would one day become an elite football club owner.

But that is exactly what's happened with businessman Masala Lawrence Mulaudzi when he first purchased NFD club and renamed it Tshakhuma Tsha Madzivhandzila (TTM).

This month he upped his above average game in business by buying the illustrious Bidvest Wits FC in the premier league. Mulaudzi could not be reached for comment.

For Chief Ike Madzivhandila, the local traditional leader who has known Mulaudzi since he was a toddler, the football bug bit Malaudzi when he was still a youngster.

"I knew Mulaudzi when he was a young boy; he loved soccer and school. He was inseparable with those two. Between the ages of 10-15, he became one of the players in my village team ," Madzivhandila said.

The chief, who once owned Tshakhuma Zebra Forces FC, reminisced that Mulaudzi, was an ambitious midfielder-cum-striker.

"He was not a great football star, but played with commitment and passion. He didn't have a nickname because he was just an average player," joked Madzivhandila.

But Mulaudzi, the first born in the family of five boys, according to Madzivhandila, had an unmatched love for soccer among them.

"Even after he completed his matric at Mavhungu Andries High School and went to further his studies in Gauteng, he remained son of the soil and kept the interest of the community at heart.

"I remember when he first bought a team in the ABC Motsepe League he called me and said he wanted to name the team after our village and I gave him a go-ahead. Even recently when he completed the sale of Wits, he made a courtesy call to inform me."

The chief described Mulaudzi as a philanthropist.

"We have orphanages in the area and continue to receive support in the form of food parcels from his pocket. He told me that the team belongs to the community and it will not go anywhere."

Mulaudzi's love for football saw him use his success in business to support a local grannies soccer team called Tshakhuma Old Age FC.

The team's chairperson, Minah Rambelani, 71, described the businessman as a "kind man who never stops giving".

"We started our team in 2014 after we realised that we need to keep our bodies fit. We approached him for help and he bought us soccer kits and balls," Rambelani said.

She said Mulaudzi's gesture motivates them all the time.

"He advised us to open a bank account in our team's name and we did that. Also, when we travel to play elsewhere, we use his transport.

"Last year, we travelled to Kimberley in the Northern Cape to play against our counterparts and he made that trip possible."

Rambelani said she was excited about the purchase of the Premier Soccer League's (PSL) status of Wits.

"The Tshakhuma name is going to grow and we hope they can build us a stadium in the village because there is none at the moment," she said.

Tshakhuma village is situated on a hilly terrain along the R524 (Punda Maria road). It is known for its famous roadside fruit market, whose stock come from family plots and backyard orchards. The market is also a major tourism attraction in the area.

"We have been using the Tshisinami Campus of Vhembe TVET College for training and the Thohoyandou Stadium for our matches. We want the municipality to revamp the village sports complex in order to accommodate TTM's PSL status," Nembambula said.

The purchase of Wits' PSL status adds to the number of Limpopo teams in the league. Depending on the fate of Black Leopards, Baroka and Polokwane City this season, the number will rise to four.

Both TTM and Black Leopards are expected to become the backyard rivals in Thohoyandou.

But Leopards boss Tshifhiwa Thidiela has played down any expectation of fierce rivalry between the two teams.

He said: "As the only team in premier league in the area, I was under pressure to accommodate the growing soccer talent. "With TTM in the same league, that means more opportunities for young players."