Morgan Mammila upbeat as he returns to Chippa 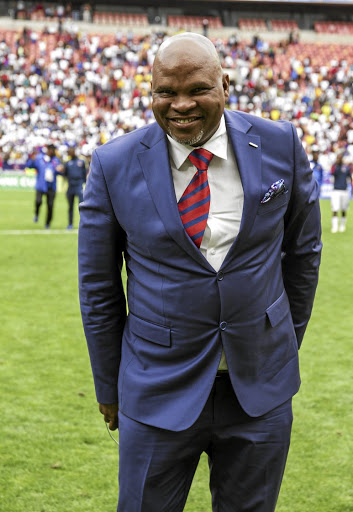 Having returned for his second stint at Absa Premiership club Chippa United this week, Morgan Mammila has called for team work if the club is to be successful.

When he first joined the Eastern Cape side in 2018-19 season, he fulfilled the role of chief executive officer, which lasted only four months before he quit the club via a statement on his Twitter account.

He now returns as the club's general team manager: football and compliance.

Mammilla worked as the CEO at KwaZulu-Natal GladAfrica Championship side Royal Eagles in his most recent role. "I have been in communication with the chairman (Siviwe Mpengesi) since I left," Mammila said.

"We were talking about the team, of course. This is a lovely team with great potential but unfortunately the performance of the team is not up to his expectations.

"We can all see that the team is fighting relegation [year] in and [year] out with all the resources that they have. I think, in my own judgement, that this team belongs in the top six. The financial muscle I think is up there but when it comes to results they are not coming."

Some national first division teams struggling to finance the mandatory tests for Covid-19 and hiring a compliance officer could be the main reason ...
Sport
2 years ago

When asked what the problem could be, the former SAPS detective said he needed time to investigate the reasons.

"I am here to tackle these problems and I am happy (to be back). If I start the season with the team, I'll need to change a few things and we must get the basics right.

"Once we get the basics right then the team will move smoothly. There is one thing that I like about this team ... there is potential and with all the resources that this team has, I personally think we can fight for honours.

"I have worked with teams that lack resources but they had managed to achieve (things) in the league.

"Chippa, being the only team in the province and the support that they have, I think if we can just deal with the basics of running the team and look after this brand, we will see the best that the team has to offer," he said.

Asked what he expects to be different in his second stint at Chippa, Mammila said: "I don't expect anything different. I know the positives of this team and the challenges.

"You know, teams are more of the same, the problems that you find at Kaizer Chiefs and Orlando Pirates you will also find at Chippa.

"But the thing is how you deal with the problem."

Players of bottom-placed GladAfrica Championship side Royal Eagles have threatened to go on strike if their salaries are not paid within the next two ...
Sport
2 years ago

Baroka coach Wedson Nyirenda has been given a budget of R3m to build his own team. Club owner Khurishi Mphahlele has plenty of confidence in ...
Sport
3 years ago

Chippa plans for the future

Coach's destiny is guaranteed, for now.
Sport
3 years ago
Next Article