Mzimela thrown in the deep end after Akpeyi's move 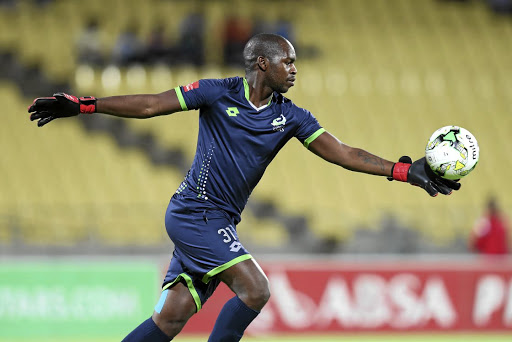 Chippa United will get a first taste of life without influential goalkeeper Daniel Akpeyi on Sunday after the stopper joined Kaizer Chiefs yesterday.

The Chilli Boys will travel to the Peter Mokaba Stadium (3.30pm) to take on Baroka in a league fixture.

Akpeyi had featured in each of the 20 games for Chippa up until his exit.

Chippa CEO Morgan Mammila, however, insists that the team will cope without Akpeyi between the sticks.

"Remember that is why we have a team and it's never about one person, so it's not a problem," Mammila said.

Chippa are set to look to reserve goalkeeper Mbongeni Mzimela to take over the duties. Mzimela has not played a game in over a year since joining from Cape Umoya (formerly known as Platinum Stars).

Mammila will be making his first visit to his former club Baroka since his departure earlier in January.

The former police officer concedes that it will be an emotional return but he will remain professional.

"Yes we are playing my former team but I am a professional, and these thing happen in football," Mammila said.

"If it was possible I would say both teams get three points. I learned a lot at Baroka and I will forever be grateful."

Chippa are high on confidence since their sensational 2-1 win over Sundowns in the Nedbank Cup last week. They are hopping they could transfer that form to the league where they are second from bottom with 15 points, (Baroka are 13th on 16 points).