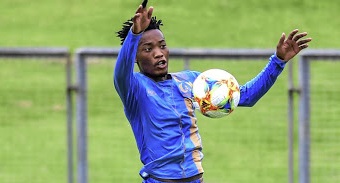 Players of bottom-placed GladAfrica Championship side Royal Eagles have threatened to go on strike if their salaries are not paid within the next two weeks.

Royal Eagles, also known as Royal AM, are a club owned by controversial Durban businessman S'bu Mpisane. The Eagles boss used to co-own the club with his then wife Shauwn until their bitter divorce earlier this year.

After the separation, Eagles remained with S'bu, with Shawn eventually buying majority shares at Real Kings, a fellow second-tier club also based in KwaZulu-Natal.

One player, who wished to remain anonymous, confirmed to Sowetan yesterday that the club were faced with financial crisis and players, alongside other staff members have been getting only half their salaries in the past two months.

"Things are really bad, this club looks bankrupt, bro. We are being paid in small instalments, it's the second month now and if things are not resolved we are planning a strike in the next two weeks," said the player.

With the off-field drama of the Mpisanes, tomorrow's GladAfrica Championship match between Royal Eagles (now known as Royal AM) and Real Kings at ...
Sport
2 years ago

Eagles chief executive Morgan Mammila could not be reached for comment. It is believed that a number of money-spinning Mpisane dealings are registered in Shauwn's name and S'bu has no access to them following the divorce.

Eagles' off-field and financial woes have had a big impact on the field as well as they are languishing bottom of the table with just seven points after 12 outings.

The Pietermaritzburg-based side would be hoping for better fortunes when they travel to Moroka Swallows for Nedbank Cup preliminary round match today (3pm).

Meanwhile, Cape Umoya United confirmed Maahier Davids as their head coach ahead of their trip to Galaxy on Sunday.

Nedbank Cup preliminary round fixtures (all at 3pm)

Imagine going to bed as a Real Madrid supporter and waking up as a Real Sociedad fan.
News
2 years ago