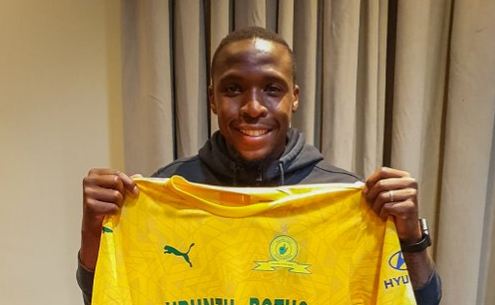 The Brazilians said Maluleka‚ who joins from arch-rivals Kaizer Chiefs‚ has signed a three-year contract to give coach Pitso Mosimane more options in central midfield.

“Mamelodi Sundowns is delighted to announce that George Maluleka has signed a three-year deal with The Brazilians.

"Due to the Covid-19 pandemic‚ the transfer window in South Africa is closed until the 2019/20 season reaches its conclusion and Maluleka will be registered as soon as it opens‚” said a statement from Sundowns.

Maluleka will not play any part during the remainder of the current season that has been suspended due to the coronavirus.

“For the time being Maluleka will not be able to feature but will start training and getting acquainted with his new club and team-mates.

"The Yellow Nation welcomes George Maluleka to the most successful team in the PSL era.”

Maluleka joins a Sundowns side that has fierce competition in central midfield as he will compete for a place with the likes Andile Jali‚ captain Hlompho Kekana‚ Tiyani Mabunda and Rivaldo Coetzee.

He joins a long list of players who have moved from Naturena to Chloorkop over the years that includes Brian Baloyi‚ Jabulani Mendu‚ David Kannemeyer‚ Derrick Spencer‚ Thuso Phala‚ Punch Masenamela and George Lebese.