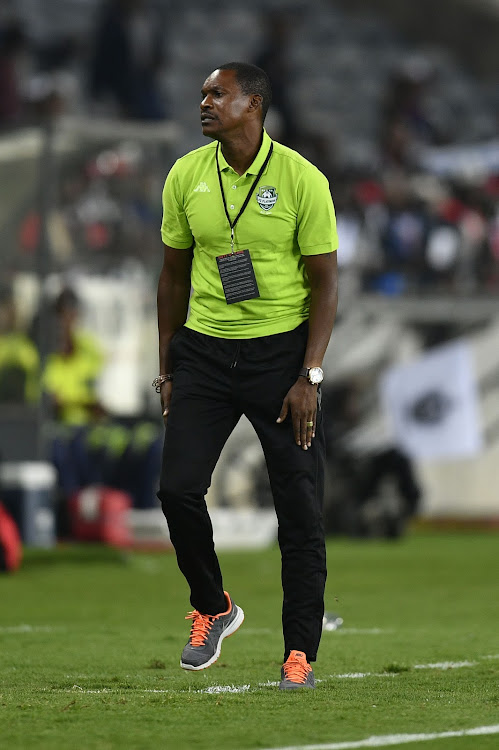 Mapeza replaced caretaker coach Duran Francis‚ who was fired on Monday morning‚ and has already arrived in Port Elizabeth to apply for his work permit.

The new mentor will not be on the bench when Chippa take on Bidvest Wits at Siza Dukashe Stadium in Mdantsane on Tuesday night will be in the stands to observe his new side.

Long-serving assistant coach Mbuyiselo Sambu will be in charge of the team in the interim until Mapeza has been issued with his work permit.

Chippa Chairman Siviwe "Chippa" Mpengesi said he was looking forward to working with a coach of Mapeza’s calibre.

“We are happy to have coach Mapeza and we congratulate him.

"Not only is he highly experienced‚ but he is also highly regarded by colleagues in the football fraternity.

"He brings a wealth of experience that will no doubt inspire the players and take the team to greater heights.”

Francis‚ who was fired after only two games in charge‚ is the second coach after Clinton Larsen to be shown the door this season by Mpengesi‚ who has a reputation of being a trigger-happy soccer boss.

Mapeza has an impressive CV in Zimbabwe where he guided FC Platinum to two league titles in succession and took also them to their first participation in the Caf Champions League.