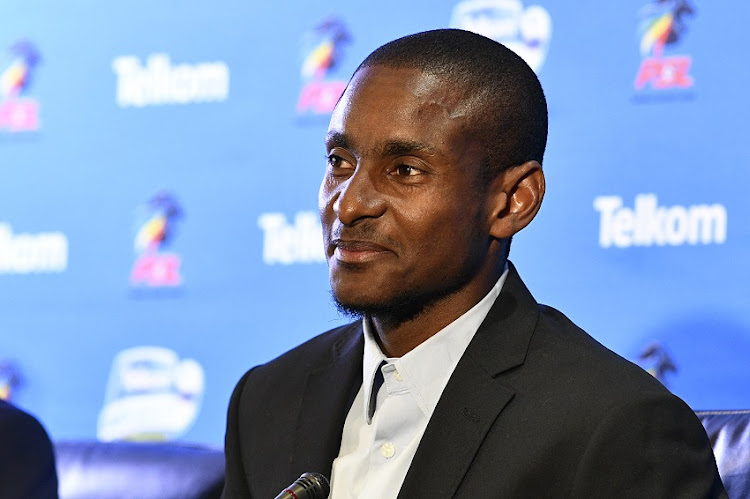 Rulani Mokwena has “just to believe in himself” if he is to succeed at Chippa United and not become yet another on a conveyor belt of coaches‚ says one of his predecessor.

Polokwane City coach Clinton Larsen was parachuted into Chippa this time last season to try and take them away from potential relegation‚ which he succeed in doing.

But after five games of the season‚ he was fired by pistol-happy chairman Siviwe ‘Chippa’ Mpengesi‚ the first of five coaches that the club has used this season.

“They say don’t unpack your bags‚” joked Larsen when asked for some advice for Mokoena‚ who was ‘loaned’ by Orlando Pirates to Chippa for the rest of the season and has a chance to bed down a lengthy contract if he can impress in what is left of the season.

“Rulani has just got to believe in himself‚” added Larsen.

“He’s a talented young coach. He’s going to have ups and downs in his career.

“He’s already had some downs but I’m sure soon he is going to bounce back and do well‚” added Larsen in a reference to Mokoena’s brief spell in charge at Orlando Pirates in the first half of the season.

“Like I said‚ he’s very intelligent‚ very talented and sometimes as coach‚ just like with players‚ you’ve just got to find the right fit and maybe Chippa is his fit.

“Who knows? Only time will tell.”

“I wish him all the best. It’s not going to be easy but all the best Rulani!” Larsen added.

Mokoena made his debut in charge last weekend as Chippa drew at Bidvest Wits for a valuable away point.