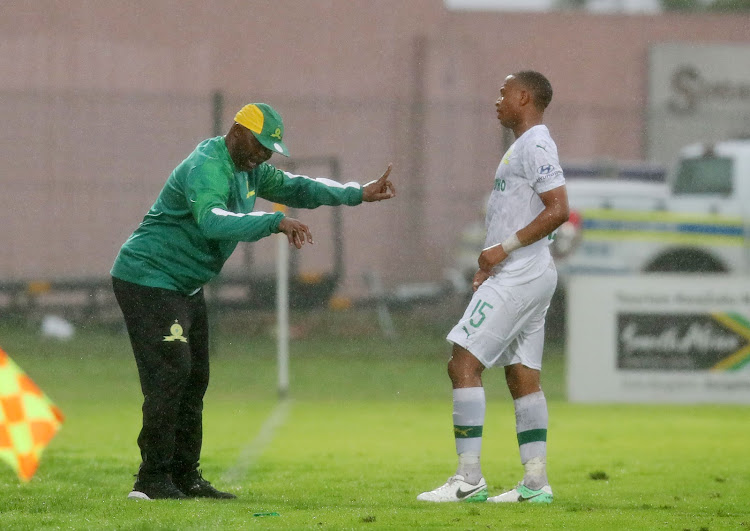 Andile Jali has said that he knew before joining star studded Mamelodi Sundowns that breaking into coach Pitso Mosimane’s starting eleven was not going to be a walk in the park.

Jali overcome a slow start to his career at Chloorkop after he joined from Belgian side KV Oostende to become an integral part of the team and before the season was suspended due to Covid-19 he was sitting on 30 appearances in all competitions.

“Having come back home from Europe‚ I always knew it was not going to be easy‚” said the midfield enforcer better known as “Mhlekazi”.

“But Sundowns made the transition easier because I could feel that I did not come back to just any team but it felt like family.

"I had all my brothers around me to assist me to settle in. With all the talent we have in the squad‚ making it in the starting line-up was not going to be a walk in the park but my mind was set out for the task‚” he added.

Earlier this year‚ he was rewarded for his impressive performances by Bafana Bafana coach Molefi Ntseki with a call-up for the back to back Africa Cup of Nations qualifiers against São Tomé and Príncipe.

But he has to wait a little longer to wear the Bafana jersey again as those matches were postponed by the Confederation of African Football (Caf) due to the outbreak of the coronavirus.

“Another dream I had was that I wanted to represent my country.

"It really feels good to have seen a positive response to my performances this season by national selectors since I came back home.

"But most of all‚ the South African fans were one of the things I was looking forward to seeing again. Hearing them cheer and feeling their passion from the stands.”

Though he has stamped his authority in the PSL as one of the best defensive midfielders‚ Jali has often saved his best in the Caf Champions League against some of the best on continent.

He featured in 10 matches in the Champions League and played against strong opposition like Petro Luanda of Angola‚ USM Alger of Algeria‚ Wydad Casablanca of Morocco and Egyptian giants Al Ahly before Sundowns fell in the quarter-final.

In the league‚ he has featured in 16 matches contributing one goal‚ and he featured in three matches in the Telkom Knockout where he helped Sundowns to the trophy against Maritzburg United.