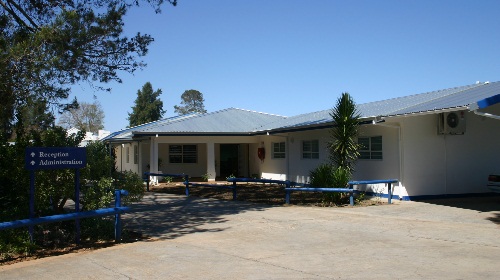 A total of 35 people have tested positive for Covid-19 at the Life Esidimeni Kirkwood Care Centre, which houses psychiatric patients.
Image: Supplied

Covid-19 has hit a Kirkwood psychiatric facility hard, with seven deaths recorded among the 29 patients and six employees infected.

The coronavirus-related deaths and infections at the Life Esidimeni Kirkwood Care Centre have highlighted the frail care and psychiatric sector’s vulnerability yet again.

“Ten have recovered and seven have died,” he said.

This comes after it emerged last week that one resident had died at Life Esidimeni’s Lorraine Frail Care in Port Elizabeth, with 19 infected.

Life Esidimeni MD Puseletso Jaure said the company, which manages the centres, was constrained by the patient confidentiality clause and therefore unable to answer specific questions.

Jaure said: “But we can confirm that some patients did test positive for Covid-19 at the Life Esidimeni Kirkwood Centre.

“The necessary notifications to the National Institute for Communicable Diseases (NICD) and the department of health have been made.

“We can confirm we have had some deaths at the facility.

“Patient confidentiality remains a high priority and we are not in a position to disclose any further information other than to the relevant provincial health department in respect of notifiable medical conditions.”

Asked about a dispute between unions and management on how to handle the situation, and a meeting at the centre on Friday morning, she said she was not aware of either.

“We assure you we are following the department of health and NICD protocols and guidelines to prevent the spread of the virus within our facility.”

Screening processes at the facility had been tight and all necessary notifications to the health department and the communicable diseases institute had been made as per government regulations, Jaure said.

All health-care workers entering the Kirkwood centre were screened daily for symptoms of the coronavirus and masks were mandatory, as was the case within all of the company’s facilities.

“Workers exposed to a person with Covid-19 or who are positive with the virus are managed in line with the recommendations of the NICD to facilitate a safe return to work after the required period of isolation,” she said.

Jaure said any new residents were first admitted to a designated ward for screening and testing.

“There is close monitoring and screening of residents at least three times in 24 hours because of their comorbidities.”

She said there was a resident doctor responsible for the medical care of the residents, and independent audits and audits by the health department confirmed compliance with guidelines.

If admission to hospital was required for a resident, staff would transfer the person to a designated state facility.

“It is important to note that community transmission of the virus is a national challenge, and one which the facility is not immune to.

“Health-care workers may be exposed to the virus within the community and not be aware they are a carrier if they are asymptomatic or presymptomatic.

“Additionally, screening processes may not necessarily pick up a positive case in an asymptomatic patient.

“We would like to assure our communities that we are doing all we can to prevent the spread of the coronavirus within our facilities.” 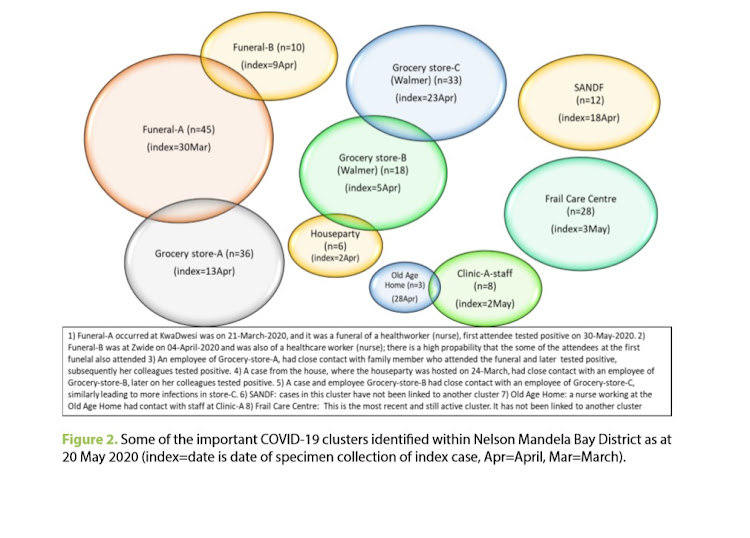 SA Civic Organisation Sundays River sub-region chairperson Mxolisi April said on Friday they were concerned about the Covid-19 situation at the Kirkwood centre.

“Twenty patients and five staff have tested positive and five patients have died, three of them yesterday,” he said at the time.

April said the staff were all Kirkwood residents.

“This is a small town and the staff members use public transport to move back and forth between work and the communities where they live. The hospital is the epicentre of the virus in this town and it should be closed.”

He said representatives of the organisation had attended a meeting with the centre’s management on Friday morning, and they were concerned about what they had learnt.

“They say they are building a quarantine area with tents. At the moment the infected patients and staff are all together in one unit.”

He said the organisation had communicated its dissatisfaction and was due to meet management again on Monday.

A National Education Health and Allied Workers Union (Nehawu) shop steward, who did not want to be named, said: “At the moment, the situation is very bad here and they need to do something.”

The shop steward, who was also at Friday’s meeting with the centre management, said Esidimeni Kirkwood cared for more than 600 patients.

“We are calling for the centre to be deep-cleaned, for all the staff to be tested and for the infected patients to be quarantined.

“They say they are arranging for this quarantining.”

He conceded it would be difficult to organise the placing of the residents who were not infected while the facility was being desanitised, as they were mentally ill and needed care.

“But they can solve the situation by partnering other Life Esidimeni centres in the region.”

Meanwhile, the NICD's May communique has published a description of the coronavirus clusters in Nelson Mandela Bay, revealing overlapping events and geographical locations.

The metro recorded its first Covid-19 case on 16 March in a patient with a recent history of travel to high-risk countries overseas. However, since then, the spread of the disease had been traced through a number of local “clusters”, the report said.

“Since then, more than seven clusters with 10 or more cases have been identified.

“These include clusters associated with funerals, retail stores, long-term care facilities, healthcare facilities and other workplaces.”

The first cluster with 45 cases had been confirmed between March 30 and April 23, it said.

“This cluster was linked to the funeral of a nurse on March 21 in KwaDwesi.

Two more clusters, another funeral and a grocery store, could be positively linked to this cluster, the report said.

Covid-19 infections in the Western Cape moved inexorably towards 20,000 on Saturday, and deaths increased to 472.
News
2 years ago