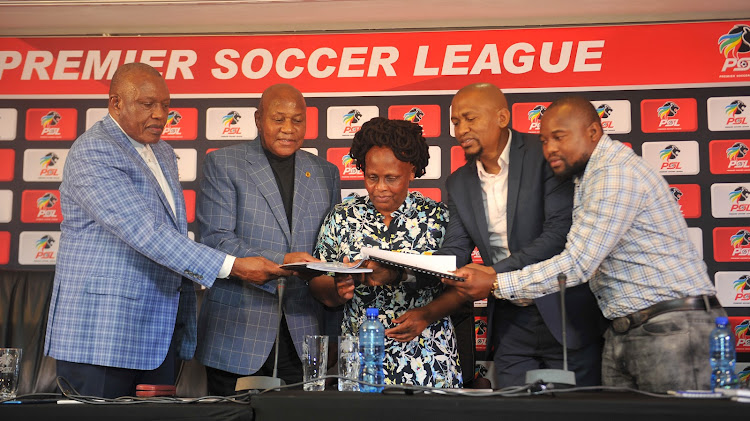 Premier Soccer League acting CEO Mato Madlala has said that the joint PSL and SA Football Association (Safa) task team that has researched the possibilities and necessities of a return to play safely will report back to both bodies on Monday.

The task team will report to a meeting of the PSL and Safa’s bridging joint liaison committee (JLC), Madlala said.

The CEO said a further PSL executive committee (exco) will then be held on Tuesday – after one was also held this week Thursday – to discuss the findings of the JLC’s task team.

The PSL’s Absa Premiership top-flight and GladAfrica Championship second-tier matches have been suspended since March 16 in response to the coronavirus pandemic, and also by the prohibitions on professional sport of the government’s national lockdown, which started on March 27.

“We are meeting Safa – it’s the JLC on Monday,” Madlala told SowetanLIVE.

“The JLC meets on Monday, and that is the where the task team reports back.

“It was a JLC task team with Safa. Monday we meet. And then on Tuesday we will hold another exco meeting because we couldn’t deal with those matters until after Monday’s JLC meeting.”

Madlala could reveal what was discussed in Thursday’s exco meeting.

She also could not comment on whether the PSL and Safa will approach the government for clarity on whether the new level three regulations can mean that professional sports teams can at least begin training next month.

SA goes to level three from level four of the phased exit from the national lockdown on Monday.

The new regulations allow for non-contact professional sports events – such as golf and tennis – to resume in closed-doors stadiums and venues.

Contact professional sports remain prohibited. However, an opening of exercise regulations – which apply to the public too – do appear to open the way for football and rugby teams to at least begin group fitness training, so long as distancing is in place, and players are tested and quarantined, and do not use change rooms communally.

The first stage of contact sports’ return to training would be fitness regimens, at any rate, with tactical elements brought in later.

Madlala suggested the joint task team’s report-back-on Monday should include such a clarification.