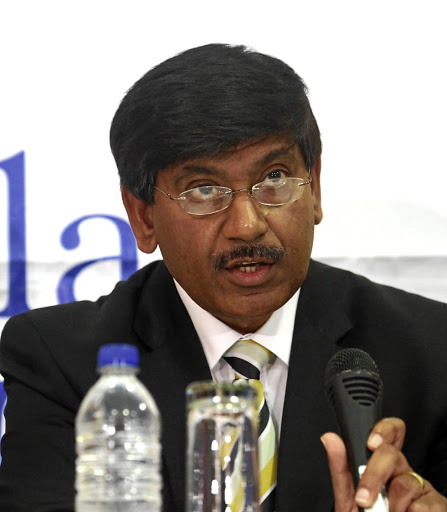 As non-contact sport was given the go-ahead to resume as of Monday, the Premier Soccer League executive committee met on Thursday to discuss the report of the task team.

It look into when football could resume, and the government's new lockdown alert level 3 regulations.

Chairperson of the teak team formed by Safa and the PSL, Poobalan Govindasamy, declined to disclose the contents of the proposals that will now be deliberated on by the two organisations on Monday.

"The task team completed its work and will report to the Joint Liaison Committee at its next meeting [on Monday]," Govindasamy said in a measured response on Thursday.

Safa puts one over PSL

A fortnight ago, Safa and the PSL's joint liaison committee (JLC) formed a task team, which looked into the feasibility of the return of games.
Sport
2 years ago

The PSL leadership now has limited options as sport is viewed as a high-risk activity by the government.

Should it be decided that the season must be finished later in the year, players who are out of contract would have to negotiate short-term deals with their current clubs.

The SA Football Players Union (Safpu) vice-president Tebogo Monyai said their organisation was in constant communication with the PSL regarding players' contract extensions.

"The issue of expiring contracts is a matter we are keeping a close eye on and we are speaking with stakeholders all the time. It is a difficult situation but our objective is to ensure that players can continue to earn a living," Monyai said.

Meanwhile, the government has opened the way for some non-contact professional sport to take place behind closed doors. This can mean a return of major non-contact sports such as golf, tennis, most athletics events, and perhaps even cricket - at empty stadiums and venues.

Co-operative governance and traditional affairs minister Nkosazana Dlamini-Zuma yesterday clarified the stipulations of the level 3 phase of lockdown, including section 37 on "gatherings".