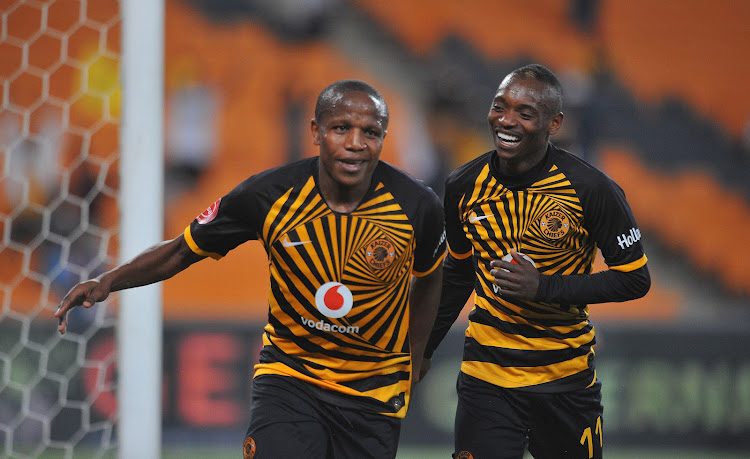 Lebogang Manyama almost takes offense when people assume he’s done more than other players in driving Kaizer Chiefs to a resemblance of what they were in yesteryears before the trophy drought that is now close to five years began.

“I think if people say I have been a revelation (this season)‚ I wouldn’t agree with that because I don’t think individually‚” Manyama quickly dispelled the notion.

“Obviously I do hear about certain things but when it comes to a team I think I’m more for the team. I think most importantly I’m very happy for where the team is and I’m very happy to have contributed.

"It’s what’s I wanted to do from the start and I think most of the guys in the team know that I fight for the team first before the individual talk. I think that’s what has pushed us to where we are right now.”

Manyama says individuals at Chiefs are constantly encouraged to perform within and for the team‚ meaning their individual brilliance must benefit the team first.

“For me the most important thing is that we’re trying our best to put Chiefs where it belongs.

"I think it’s only the beginning of how things have to be or how things must be for Chiefs year in‚ year out.

"So we started very well and we’re about to finish and I think we can do it and we know we can do it but it won’t take individual work.

“I think it’s all going to work out for the team if we push in the same direction as we’ve been together the whole season.

"So I don’t really think much into what I’ve done myself because at the end of the day I have had people assisting me and the people that have scored from my assists are also doing a very good job. So it’s a collective effort I think.”

Manyama’s performances for Chiefs this season has had people talking about him with a good chance of winning the PSL’s Footballer of the Season for the second time after doing it while at Cape Town City four years ago.

“I’m humbled to hear that. I’ve heard even from people who’ve done big things for SA football and it’s quite humbling‚” said Manyama of his admires.

“I want to thank all those that think I deserve that‚ but ja it’s credit to working hard and never giving up. I play for the team and I don’t think about these things.

"Obviously if it happens it will be an honour and it will probably be something I will never forget‚ something for the history books.

“And if it doesn’t happen‚ look what’s more important is where Chiefs is. It all depends on where Chiefs ends up but I think it’s kind of pointless if I get the award and Chiefs doesn’t win any trophy.

"I won’t feel the same. So I’d rather (win it) if we’re champions. It would make sense in that way.

“But ja it’s quite humbling to hear all the talk and stuff but also to remember we still have eight games to go and there are other players that are doing very well and they are also pushing for the individual award.

"Look we will all deal with that at the end of the season. “But I’m grateful for what the people are saying about my performances this season.”