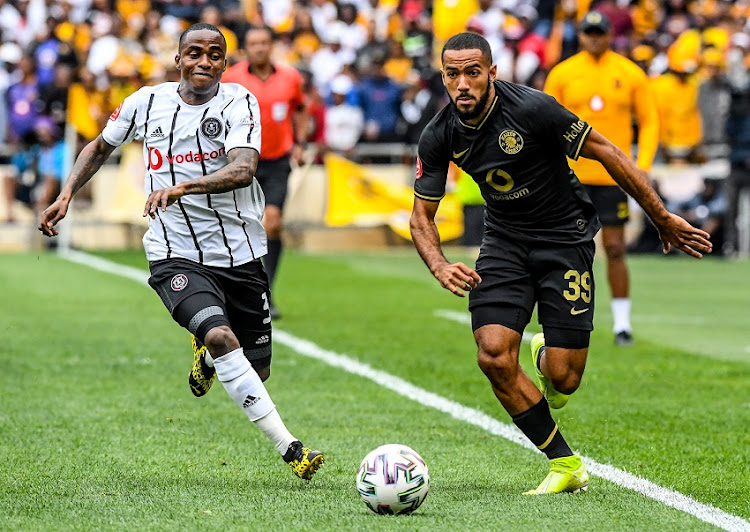 Middendorp said he needed the defensive abilities of Kgotso Moleko on the right side of defence because Pirates’ left side is far stronger in attack.

But the coach said he could not discard Frosler from his XI‚ who Middendorp considers a key component of his gameplan on defence and attack.

“If you watched Orlando Pirates’ games – it doesn’t matter if they were playing Black Leopards or Sundowns; and I followed them‚ going to the stadium – then you see 80 percent of their forward movement comes from the inverted positioning‚ Gabadinho Mhango to this [left attacking] side‚ Thembinkosi Lorch from this side‚” Middendorp said.

“And for me it was very crucial to have a player with a heart‚ being robust‚ on a defensive level [on the right]‚ which Kgotso Moleko did.

“So now‚ I have a problem at the next stage. An outstanding player like Reeve Frosler‚ I can’t leave him out.

“He is able to contribute not just with the defence but to the forward movement. It was a big question for us. We found the solution to play him there [on the left].

“The right fullback we needed the defensive part‚ and the left more attacking‚ overlapping and so on. And I’m very happy at how it worked.”

Questions will be asked about what this decision conveys to Siphosakhe Ntiya-Ntiya‚ the good attacking left-back who was on the bench for Chiefs on Saturday.

In the end‚ Middendorp made a call on who served his gameplan best‚ and the match result would appear to indicate that‚ as with the brave decision to persist with man-of-the-match Daniel Akpeyi in goal‚ the coach got it right.

Moleko played more as right centreback than right-back‚ so defensive was he. Consequently right midfielder Kearyn Baccus operated more as a wing-back.

An effective 3-5-2 formation squeezed dangerous Bucs in midfield. Moleko did his job roughing up Pirates’ left side of attack‚ and Frosler was dangerous on the overlap on Chiefs’ left.