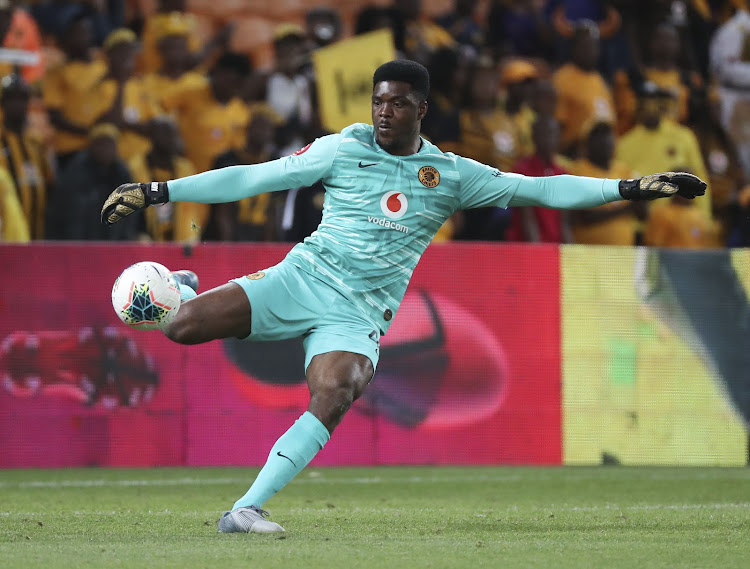 Kaizer Chiefs coach Ernst Middendorp has kept to his original word by starting Nigeria No 1 Daniel Akpeyi between the posts in the huge Absa Premiership Soweto derby against Orlando Pirates at FNB Stadium on Saturday.

Middendorp had said last week that he would bring Akpeyi back for log leaders Chiefs’ league matches – including the derby – with Bafana Bafana No 1 Itumeleng Khune playing in the Nedbank Cup.

Chiefs’ coach had appeared to waiver on Thursday, when he said he had not yet made a decision on his pleasant headache of two international keepers to choose from for the derby now that Khune has returned fully from injury, though Middendorp was probably simply trying to confuse the opposition.

Middendorp will, according to the official team sheet, be playing a 3-5-2 formation with five personnel changes made in the XI from Amakhosi’s penalties Nedbank defeat to Highlands Park at a rain-drenched Makhulong Stadium last weekend.

Leonardo Castro – who has a good scoring record in against Pirates – comes in for Khama Billiat to be fielded up-front alongside fellow striker Samir Nurkovic.

Though, with Middendorp’s penchant for springing surprises, Chiefs could just as well come out in a 4-4-1-1 or 3-4-3 layout.