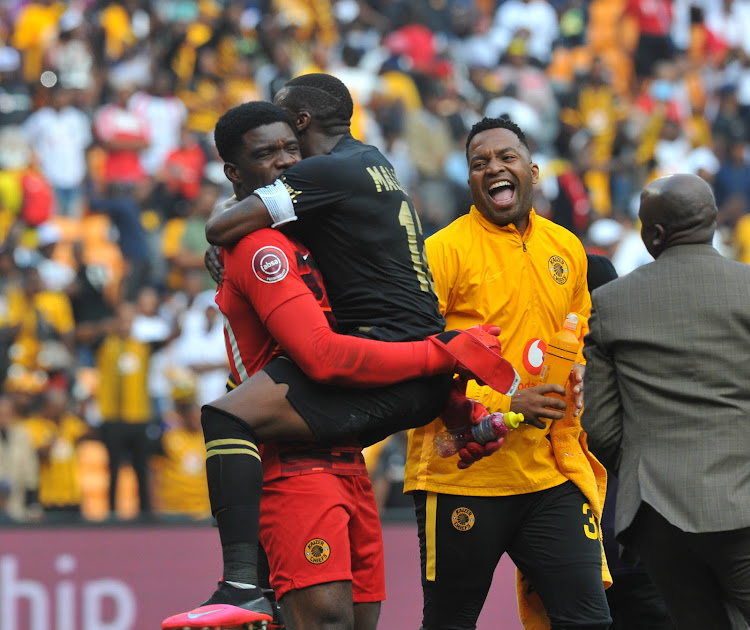 Kaizer Chiefs coach Ernst Middendorp said that an immense performance from goalkeeper Daniel Akpeyi in Amakhosi’s huge 1-0 Soweto derby win against Orlando Pirates on Saturday was made more impressive by the circumstances in which it came.

Akpeyi’s mistake in a 2-1 home defeat to Maritzburg United‚ a result that put Chiefs under pressure going into the derby as their Absa Premiership lead was cut from nine to four points‚ had seen calls for Bafana Bafana and Amakhosi veteran and favourite Itumeleng Khune to return between the poles.

Middendorp said such a situation never made it easy for Akpeyi‚ and praised the Nigeria No 1 for responding with a monstrous performance.

“Compliments‚ not because of the result‚ because we have seen a great performance from Daniel Akpeyi over months‚” Middendorp said afterwards.

“I think it’s an incredible performance under these circumstances‚ what we see week-in‚ week-out from Daniel Akpeyi.

“Compliments to him in particular. Otherwise the entire team have contributed.”

It was also a brave decision by Middendorp to stick with the man who‚ apart from one glaring error‚ had played a big part in Chiefs leading the league‚ knowing that if it backfired the coach would have been castigated.

“That’s the job we are in as coaches – ‘It backfires’‚” Middendorp laughed.

“But believe me‚ just to get to this point – if you start with this‚ where you are ‘Oof‚ if I make this decision and it backfires for me’ ... . [Where you are thinking] ‘Oh no‚ take the beloved Itu Khune and ignore the performance level from a player you have in a training session’ ... .

“If you really think so far – that it might backfire – I mean‚ come on man. Then go and sell insurance or do something else.”

The Premier Soccer League (PSL) has entered into a memorandum of understanding with the South African Police Service (SAPS) to stand against crime ...
Sport
2 years ago

The City of Ekurhuleni has defended its failure to deliver on a commitment made in June to upgrade Makhulong Stadium by January this year.
Sport
2 years ago
Next Article