Siphiwe Tshabalala remembers the Soweto Derby where his mom died 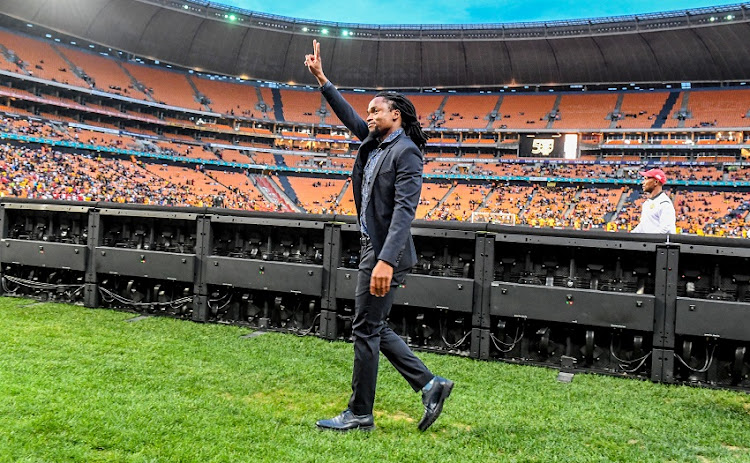 Siphiwe Tshabalala has recalled the Soweto derby that took place the day before his mother died as he scored when Kaizer Chiefs beat Orlando Pirates 3-0 in the 2010-11 Telkom Knockout final on at FNB Stadium.

Tshabalala‚ the former Chiefs winger who rose to international fame when he scored the opening goal of the 2010 Fifa World Cup hosted in South Africa for Bafana Bafana‚ has taken a break from football after returning from a spell playing in Turkey.

He described in an interview with Robert Marawa on the host’s Marawa TV YouTube channel this week how he dedicated his performance in that TKO final derby on December 4‚ 2010 to his mother‚ Hadifele Rebecca Tshabalala‚ who was gravely ill in hospital.

“My mother was admitted to hospital on the 27th of November‚” Tshabalala said.

“On the 3rd of December‚ I was in camp. I asked the coach then. ‘VV [Vladimir Vermezovic]‚ to drive and join the family in hospital for a prayer.

“It was also the awards ceremony – the SA Sports Awards. And then I went [to hospital]. We had a prayer session.

“And I whispered in her ear that tomorrow we are playing against Pirates in the Telkom Cup. We are going to win the Telkom Cup – I am going to score and I dedicate that to you. I will come back on Sunday [December 5] and bring you the medal.

“And I went back to the hotel and then later I was told that I won the South African Footballer of the Year [award]. On Saturday‚ in the Pirates game‚ I remember I had a T-shirt inside [underneath his Chiefs shirt] written ‘GET WELL SOON MOM. SHABBA LOVES YOU.’

“And next day‚ I went to hospital in the morning. I left the gold medal as promised.

“I left. I went to my house. And then I got a call around [12.30pm]. And then I could feel that something is not right here.

“Because my aunt just called back and said‚ ‘Please come back – we need to see you’.

“So it was a lonely drive from Ruimsig to Protea Glen.”

“And as I parked outside‚ I could feel that the energy is not good.

“So‚ as I went inside‚ that’s when they told me that she had passed on.”

“It was difficult you know. I felt like it was just the end of me‚” a teary Tshabalala said.

The former Bafana midfielder with 90 caps last played an official game in May 2019 for Turkish club BB Erzurumspor. The club released him after the end of the 2018-19 season after being relegated.