WATCH: Where were you when Siphiwe Tshabalala scored that historic Bafana goal nine years ago? 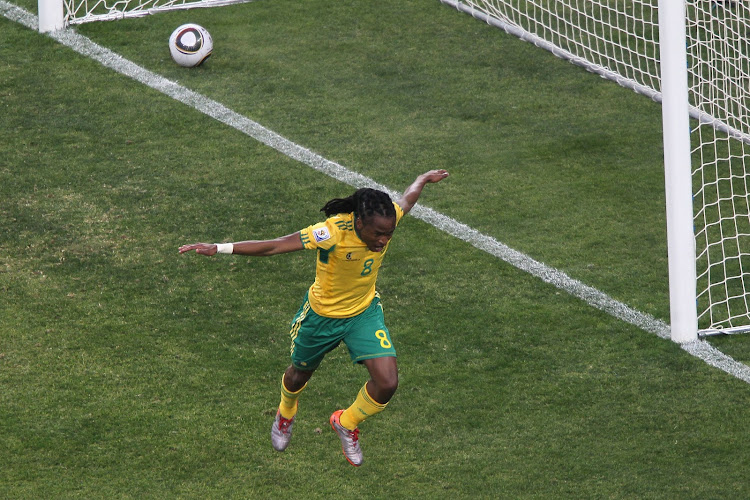 Do you remember where you were on June 11 in 2010 when former Kaizer Chiefs and Bafana Bafana star Siphiwe Tshabalala scored the historic goal that continues to live on nine years later?

It was on this day when Tshabalala scored the memorable strike that was to become the first goal scored in the first ever Fifa World Cup to be hosted on the African soil since the tournament's inception in 1930.

Tshabalala received a pass from Kagisho Dikgacoi just outside the centre line and took one touch forward before unleashing a venomous screamer that left Mexican goalkeeper Efrain Juarez gasping for air as the ball flew into the roof of the net in the 55th minute.

#OnThisDay exactly nine years ago, South Africans woke up to the excitement of the @FIFAWorldCup in their back yard. Vuvuzelas were on show and the support for @BafanaBafana was crazy. 55 minutes into the opening match against Mexico, the ball gets to @siphiweshabba... 🇿🇦🥺 pic.twitter.com/PY6cTzMFQa

The goal is still celebrated to this day as it is a nostalgic reminder of a tournament that unified South Africans from all walks of life.

Sadly‚ though‚ Bafana failed to hold on to their lead in that match as they allowed their opponents to equalise in the 77th minute through veteran defender Raphael Marquez.

Things went downhill after that opening match as Bafana later confirmed the ignominy of becoming the first hosts of the World Cup to fail to progress beyond the group stages of the showpiece.

A 3-0 defeat to Uruguay in their second game and a 2-1 win over France in the Free State earned then coach Carlos Alberto Parreira's charges that dubious distinction.