Reeve Frosler happy with tactics employed by Kaizer Chiefs: 'You stick to what you know' 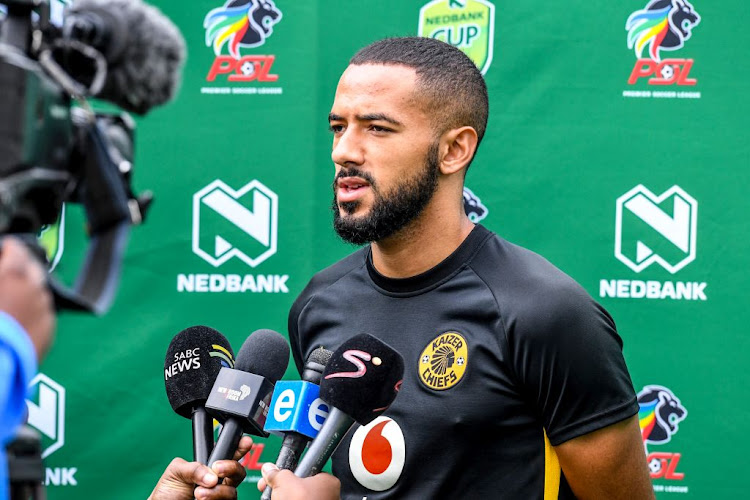 Kaizer Chiefs defender Reeve Frosler adopted this stance on Wednesday as he dismissed mounting calls for the suddenly faltering leaders to consider turning to a more dynamic and flexible system if they are to end a five-year wait for the league title on their 50th anniversary.

Long-time leaders Chiefs have suddenly stumbled as the league title approaches its business end and many observers have pointed to the club's reliance on a one-dimensional approach as the reason for their limp performance in recent weeks.

But Frosler did not think that there was reason for coach Ernst Middendorp to tinker with his formations at this late stage in the game.

“Well, I think at this time (of the season) a lot of teams know what the opposition has got up their sleeve and things like that,” said the 22-year-old former SA Under 20 international.

“It’s just that we’ve got to take our strengths and make it even stronger.

“Whatever comes across as a weakness, we’ve got to turn that into our strength and make ourselves a stronger team.”

Chiefs have been extremely reliant on their straight attacking formation that requires long balls to be pumped into the area targeting their tall strikers Samir Nurković and Leonardo Castro. The duo have scored 18 league goals between them this season.

Set pieces also form a vital part of Middendorp’s attacking plan and this has worked very well in the past.

It is largely thanks to these tactics that Amakhosi are still perched on the summit of the Absa Premiership standings, albeit with a thin lead of just six points at the time of writing. Things could change on Wednesday night when third-placed Mamelodi Sundowns host Bloemfontein Celtic at Loftus, as the Brazilians could cut Amakhosi’s lead to just four points.

Given Chiefs' sluggish performances in recent weeks, Frosler was asked if it was not time for the side to come up with a plan B.

Frosler cautioned against changing tactics this late in the season and said it would be better to rather improve the approach that has worked for them since the start of the campaign than attempt to tamper with it at this crucial stage.

“I suppose it’s a risk if you're doing something that might work or might not work for you,” he said.

“You stick to what you know, what we’ve been doing.

“It might continue working, so we don’t want to tweak too much.

“But you also want to go there positive, knowing that what you’ve been doing has been working for you.

“So just keep working and keep going at it.”

Frosler said Chiefs were not surprised that the gap between the club and their rivals had shrunk after their shock 2-1 defeat to Maritzburg United at the weekend.

“People say you’ve got a big gap and whatever, but the league is always tight.

“No-one has secured victory or anything.

“So it’s one game at a time and slowly but surely we’ll get there.

“Ja, we have just got to keep on working and taking it one game at a time and getting victories for ourselves.”

Chiefs face Highlands Park in the Nedbank Cup on Saturday and Frosler said they would tackle the game as an immediate challenge rather than as a distraction to their league title ambitions.

He admitted that coach Owen da Gama’s team would be a tough nut to crack.

“Ja, if you remember the last game we played against them at Makhulong, it was also exciting,” he said.

“There were a lot of goals (five) involved, so let’s hope that we will be able to score some goals this weekend and make it exciting once again.

“They’re a very hard-working team, they’re tough guys and they don’t back out of a challenge.

“It’s going to interesting and exciting for us.

“We just want to go out there and look to secure a victory.”

Having just played 33 minutes of Kaizer Chiefs' 16 league outings this season, experienced fullback Ramahlwe Mphahlele has opened up about the ...
Sport
1 year ago

Kaizer Chiefs and Mamelodi Sundowns have been talked of as the 2019-20 Absa Premiership’s title favourites, but SuperSport United sent a timely ...
Sport
1 year ago