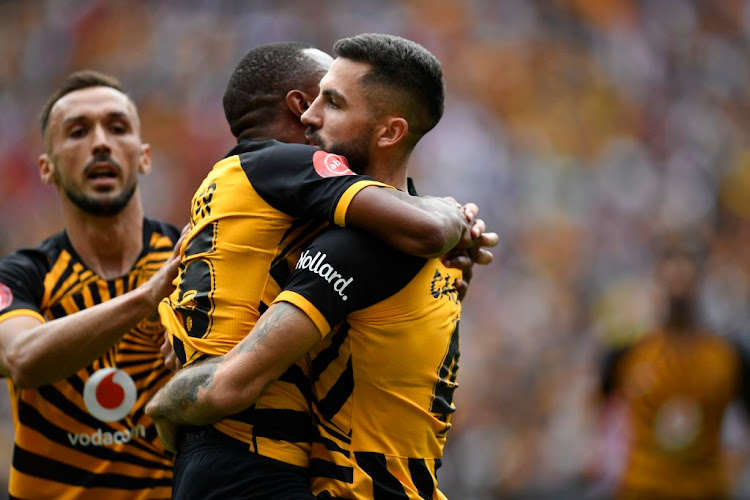 Kaizer Chiefs’ winning team against traditional rivals Orlando Pirates on Saturday did not have any outstanding individuals and the triumph was more of a collective performance.

But the 3-2 victory at FNB Stadium meant a ninth win in 11 league games and a 10-point lead at the top of the Absa premiership standings.

This is how the Chiefs players rated on Saturday (rated out of 10 in brackets):

Daniel Akpeyi (4): He lived a charmed life in goal as Pirates hit the woodwork three times and was unconvincing throughout‚ especially when Vincent Pule caught him out at the near post.

It is hard to fathom that a country as big as Nigeria do not have a better goalkeeper.

Reeve Frosler (7): At right-back‚ he made some well-timed hook tackles as he was kept busy‚ before eventually being pushed into the midfield in a tactical switch and then going off when the effects of his recent injury began to catch up with him.

Mulomowandau Mathoho (4): He had no business going and getting involved in a scrap that had nothing to do with him and earning a red card.

He was also unconvincing at the back.

Daniel Cardoso (7): Had a hearty battle with Gabadinho Mhango at the back and then calmly netted the winner from the spot.

Has definitely now established himself as the top defender at the club.

Khama Billiat has paid tribute to Kaizer Chiefs’ defensive structure‚ saying it's the key reason for their form‚ which sees Amakhosi five points ...
Sport
2 years ago

Yagan Sasman (6): A little hesitant and shaky at times but overall not a bad job by the left footer on one of the biggest stages … a massive jump up from playing in the National First Division last season with Ajax Cape Town.

Willard Katsande (6): Should have been sent off early for a horror studs-up tackle on Fortune Makaringe but used his good fortune to put in another hard shift and again led by example.

George Maluleke (5): Not as influential as usual as he battled to making telling passes and did not really get into the game.

He went off first when coach Ernst Middendorp brought on Siphosakhe Ntiya-Ntiya.

Lebogang Manyama (6): Drove hard down the channels to try and set up chances and kept up a busy tempo of involvement‚ without proved too effective.

Khama Billiat (4): An off day for the Zimbabwe international‚ who is proving more cold than hot these days.

He is expected to provide a X-factor but he sulked when he didn’t get the ball and his decision-making was poor.

Leonardo Castro (6): Suffered a suspected groin injury and went off at half-time‚ but not before scoring Chiefs’ second from a corner.

His presence caused all sorts of problems for the Pirates defence‚ more noticeable when the pressure on them eased off after he went off.

Samir Nurkovic (6): Another workman-like performance‚ grafting to provide flick-ons‚ trying to get into space and always back helping out with the defending.

But he didn’t get any shots at goal.

Dumisani Zuma (5): On at half-time for Castro but was largely a peripheral presence in the second half. There was little of the contributions that saw him score twice in midweek against Chippa United.

Siphosakhe Ntiya-Ntiya and Bernard Parker were the other two substitutes used by Chiefs.