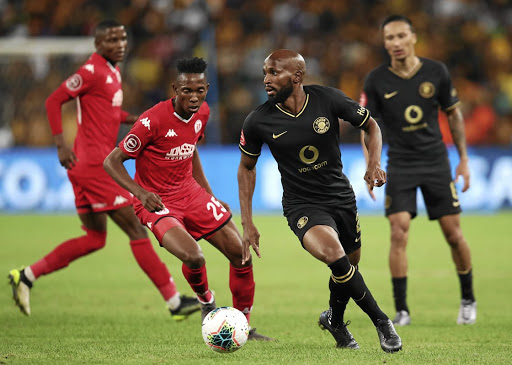 Having just played 33 minutes of Kaizer Chiefs' 16 league outings this season, experienced fullback Ramahlwe Mphahlele has opened up about the hurdles in trying to break into the playing squad.

Mphahlele, who turns 30 next month, made only his second Absa Premiership appearance of the season when Chiefs outshone Highlands Park 3-0 at FNB Stadium on Wednesday night.

Before featuring for the last 25 minutes against the Lions of the North, the ex-Mamelodi Sundowns skipper had last tasted action in the very first league match of the season against the same opponents in August, playing just eight minutes.

"[Playing again] was good because it's not easy to break into the team when the team is doing well. The only thing you do is keep on working hard and wait for your chance. That's what I did," Mphahlele told Sowetan yesterday.

Kaizer Chiefs coach Ernst Middendorp is unlikely to make any notable additions to his squad in the forthcoming transfer window as Amakhosi chase ...
Sport
1 year ago

"I had injuries and when I came back Reeve [Frosler] was doing well and [Njabulo] Blom was also playing. A lot of guys played in that rightback position. I remained patient."

While he's been itching for action, Mphahlele has insisted he was supportive of those who were playing because the team takes priority over him.

"Look, every player wants to play. It's not a secret that we all want to play. But eish, you don't want to be a bad teammate also and start showing attitude when you're not playing. You support the ones that are playing and I did just that," said Mphahlele.

"One needs to be selfless and put the team first."

Heading into what promises to be a tricky match against Cape Town City at FNB Stadium on Sunday (3.30pm), Mphahlele banks on the morale they gained by beating Highlands.

"We played well last night [Wednesday] and the confidence is sky high. It would be good to get a second win on the trot on Sunday."

Mamelodi Sundowns defender Thapelo Morena says they are bracing for a tough day in the office in defense when they host bitter rivals Kaizer Chiefs ...
Sport
1 year ago

Kaizer Chiefs coach Ernst Middendorp is not too concerned about the number of injuries in his team‚ saying they have helped to intensify competition.
Sport
1 year ago

Kaizer Chiefs coach Ernst Middendorp is pleased at the manner in which in-form Reeve Frosler currently appears to be making the club’s right-back ...
Sport
1 year ago
Next Article