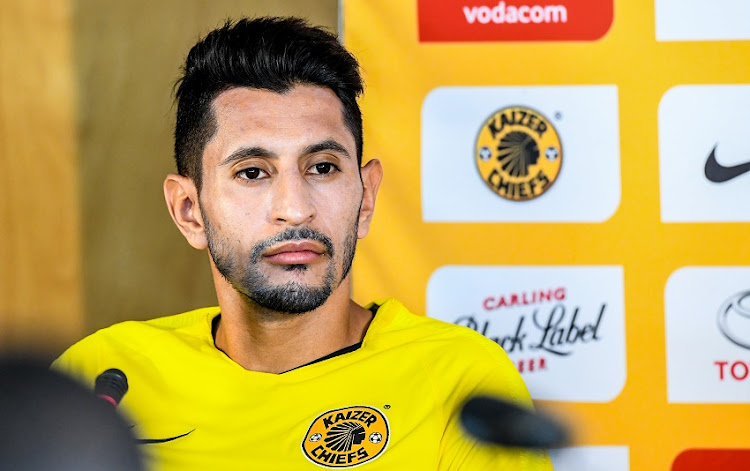 Leonardo Castro says he did not touch the ball for Samir Nurkovic’s much-contested opening goal against Mamelodi Sundowns in Kaizer Chiefs’ 2-0 Absa Premiership win at Loftus Versfeld on Sunday.

Chiefs striker Castro got up to a cross from Reeve Frosler in the seventh minute but appeared to miss his header‚ Samir Nurkovic burying the opener at the far post.

At the time of the cross Nurkovic was onside‚ meaning the goal to be legitimate‚ unless Castro did get the slightest of touches‚ at which point Nurkovic was in a clear offside position and the goal should have been disallowed.

Television replays were inconclusive‚ but also did not show any deviation in the path of the ball‚ or its spin being altered – strongly suggesting there was no touch from Castro.

Speaking for the first time on the incident at a press conference at Chiefs’ Village in Naturena on Wednesday morning ahead of Saturday’s Telkom Knockout last-16 Soweto derby against Orlando Pirates‚ Castro was asked if he got a touch to the ball.

“I didn’t touch the ball‚” he said‚ adding: “If I had touched the ball‚ it’s simple – the ball would have gone straight to the goal.

“And that would mean it was my goal. So I didn’t touch it.

“Nurkovic was onside. So it’s a clear goal.”

Sundowns’ coach Pitso Mosimane‚ who had drawn attention all week in the buildup to Sunday’s game to supposed match officiating decisions going Chiefs’ way this season‚ was incensed at the decision to allow the goal to stand.

Safa’s referees review committee‚ though‚ have since ruled the goal was onside‚ and that the match officials got it right.