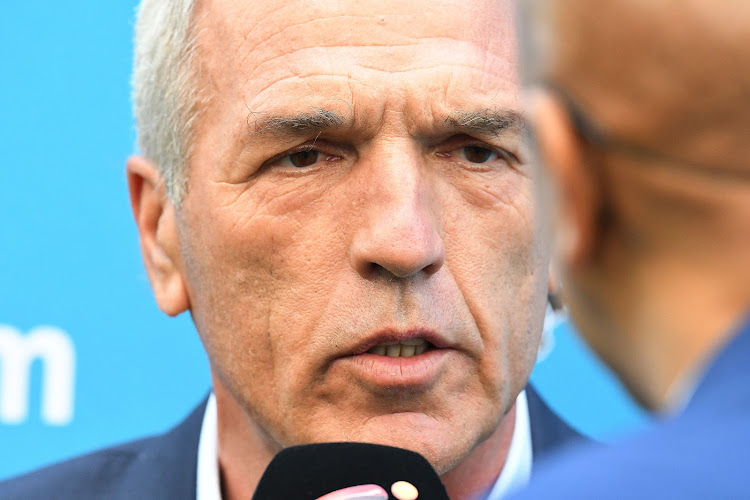 In a heated post-match press conference where Middendorp’s Pirates counterpart Rulani Mokwena made accusations of “thuggish behaviour” against Chiefs‚ and the air bristled with tension between the two‚ Amakhosi’s coach said his team made the less errors‚ so won.

“We got the three points‚ we wanted three points. A soccer game is a game of mistakes in attack and in defending‚ and we made less mistakes‚" Middendorp said.

“We got exposed at the beginning of the second half on both fullbacks’ side. And OK‚ we should have probably changed it a bit earlier but I was hoping Reeve [Frosler‚ the right-back] would come into it a bit closer.

“And in the end‚ I don’t really know what happened with [Eric] Mathoho with the red card‚ the yellow card for Daniel [Cardoso].

Kaizer Chiefs vs Orlando Pirates: Now this is a derby and it had it all!

After an interminable number of ‘snore fests’ served up as derbies‚ there was almost too much to digest at FNB Stadium as Kaizer Chiefs beat Orlando ...
Sport
2 years ago

“It was definitely a hectic game. I don’t know – [Pirates forward Gabadinho] Mhango had around 44 fouls‚ in a way‚ being very aggressive‚ going into it so that players got injured.

“But OK‚ that’s something that happens. In the end‚ three points‚ and soccer is about results.”

Chiefs were reduced to 10 men when defender Mathoho was sent off in injury time for his part in a scuffle involving both teams’ players‚ and started by Mhango.