NWU out to snare Black Leopards 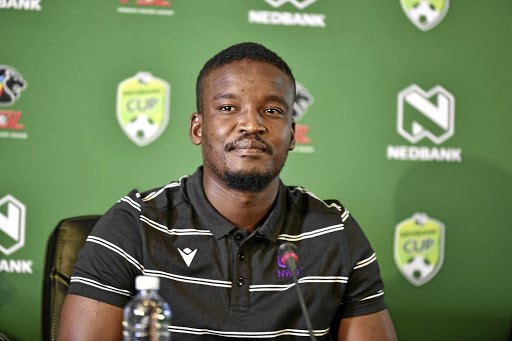 It was when then teammate at SuperSport United Hlompho Kekana ended his career with a horrific tackle in 2009 that North West University (NWU) coach Karabo Masehela quit football and focused on education.

More than a decade later, Masehela, 30, finally has another opportunity to make a name for himself in the local football scene as his NWU boys take on Black Leopards in the Nedbank Cup last 32 at Thohoyandou Stadium on Sunday (3pm).

"I was discovered by SuperSport at the age of 12. I was among that generation of Kermit Erasmus, Kamohelo Mokotjo and Thandani Ntshumayelo among many others," Masehela told Sowetan yesterday.

Focus will switch to the Nedbank Cup over the next week as the 16 Premier League sides battle it out with eight each from the GladAfrica Championship ...
Sport
2 years ago

"I was promoted when I was 16 and my career never really took off because I got injured . I suffered that injury at training, Hlompho was the one that hit me hard on my left knee.

"I quit and focused on education, but a few years later I healed and played for Thanda Royal Zulu, but unfortunately I then decided to just study more because I wasn't the same player."

On Sunday, Masehela, who holds a sports science degree from the same university he coaches, hopes to stun Lidoda Duvha, saying that would be his proudest moment in football.

"We are positive we can beat Leopards. We just need to stick to our game plan of defending through attacking them."

Former star's focus is on development
Sport
3 years ago

Swallows FC have not bought the National First Division franchise of Cape Town All Stars‚ but have made bids for two NFD statuses‚ a spokesman for ...
Sport
4 years ago

Phakamani Mahlambi has been named in a strong provisional South Africa squad for the CAF U20 Africa Cup of Nations to be held in Zambia next month. ...
Sport
5 years ago
Next Article