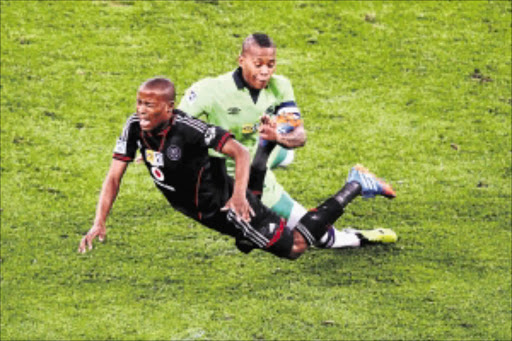 PLATINUM Stars intend to make a clean sweep of all the knockout trophies on offer in the Premier Soccer League this season as they are now gunning for the Nedbank Cup to go with the other two pieces of silverware in this current campaign.

The exciting North West outfit have clinched the MTN8 and Telkom Knockout and are now setting their sights on the season-ending Ke Yona cup that was won by Kaizer Chiefs last year.

Stars defeated Orlando Pirates in the finals of both the MTN8 and Telkom Knockout - a feat which resulted in Allan Freese being offered a four-and-a-half-year contract as head coach.

Before that he was working as a caretaker coach.

In the Nedbank Cup, Stars got an easy draw on Thursday night after being pitted against Seshego amateur side Great North FC, which is owned by Harry Ledwaba.

Freese said with the tournament starting next month, they have enough time to prepare for Great North FC, which has produced the likes of Belgium-based Masilo Modubi, Tlou Molekwane of Polokwane City and Vincent Kobola of Mpumalanga Black Aces, who are both campaigning in the Premier Soccer League.

"It's a good draw, but we are not going to underestimate them. We will do our research on this team and the good thing for me is that we are playing them at home," said Freese.

"There is a lot of pressure for us after winning the other two competitions. People are expecting more from us and we cannot disappoint them. We want to win this one too, but we need to take each game as it comes. We are aware the other 31 clubs also want to see themselves not only in the final, but winning the trophy," added the astute Dikwena coach.

The PSL will announce the dates and venues of the tournament this week.

The full Nedbank Cup draw is: