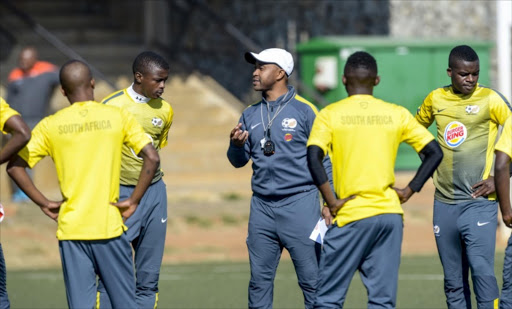 Phakamani Mahlambi has been named in a strong provisional South Africa squad for the CAF U20 Africa Cup of Nations to be held in Zambia next month.

SuperSport dominates the squad with six players followed by Ajax and Wits (both with five players) and Chiefs‚ who contributed as much as four players.

The squad will report for a two-week training camp next week where they will begin their preparations for the 20th edition of the tournament to be held in the capital Lusaka and north-west coal mining city of Ndola from February 26 to March 12.

"This is going to be an intensive camp‚ as it is our first phase of preparations for the year. The technical team and I have already begun with our strategies for our group in the U20 Afcon‚” said Senong.

Amajita are drawn in Group B alongside Senegal‚ Sudan and Cameroon while Group will see hosts and Cosafa Cup champions Zambia will battle it out against Egypt‚ Mali and Guinea.

South Africa have already secured a warm-up match against tournament favourites and hosts Zambia. Amajita will be looking for a great confidence against the Baby Chipolopolo on February 8.

The match will be played at Levy Mwanawasa Stadium‚ in Ndola and kick-off is scheduled for 8pm SA time.

"We will be using this friendly to build on the momentum of the last year‚ but mainly to adapt to the climate of Ndola‚" said Senong.