All the Nedbank Cup action 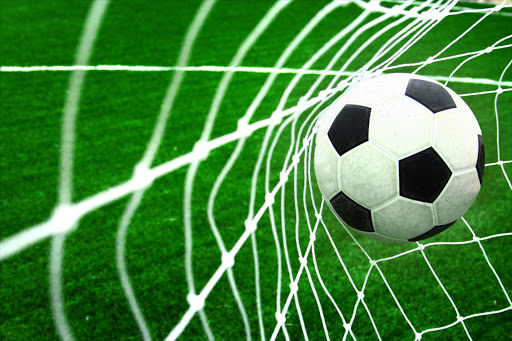 Kaizer Chiefs will begin the defence of their Nedbank Cup title with an away trip to Black Leopards, but at a ground where they have enjoyed much success in recent times.

The AmaKhosi, who defeated SuperSport United in the 2013 final of South Africa’s premier knockout competition, will clash with Lidoda Duvha at the Peter Mokaba Stadium in Polokwane on Sunday (kick-off 15h00). It is a repeat of the second match played in 2012 when Chiefs triumphed 4-0, with striker Lehlohonolo Majoro bagging all four goals.

He is unlikely to feature this time round due to his departure for Orlando Pirates at the end of this season, but there could be game-time for new recruit Katlego Mphela, who arrived last month from Mamelodi Sundowns.

Leopards have kicked into gear after a slow start to the season under new coach Kosta Papic – once at the helm of both Chiefs and Pirates – and are now among the National First Division (NFD) leaders and eyeing a return to the top-flight at the end of the campaign.

Pirates have an equally tricky away day as they clash with Thanda Royal Zulu at the Umhlathuze Sports Complex in Richards Bay on Saturday.

Thanda narrowly missed out on promotion at the end of last season and after much change within the team, they have battled so far in this league campaign. But they would like nothing more than to perform a giant-killing act over The Buccaneers, who are looking to reach a fourth cup final this season.

This year’s competition will get under way when Mamelodi Sundowns travel to Ajax Cape Town on Friday, a game that will be played at the more compact Athlone Stadium. Coincidentally, these same two sides met in Cape Town in the Last 32 in 2013, with Sundowns’ left-back Tebogo Langerman netting a superb long-range goal to give his side a win in extra-time.

The Brazilians were the inaugural victors in the Nedbank Cup competition in 2008, beating then NFD side Mpumalanga Black Aces in the final. That was, however, the last trophy they won and they will be looking to end six years of hurt for their faithful fans by winning again.

There are also a number of all-Premier Soccer League ties to look forward to, not least Polokwane City’s trip to the King Zwelithini Stadium just outside Durban to face Lamontville Golden Arrows on Saturday. These two sides played out a five-goal thriller in the league two weeks ago, with Golden Arrows’ Rudolph Bester scoring with virtually the last touch of the game to see his side to a 3-2 win.

There is also a Tshwane Derby between University of Pretoria and SuperSport United on the same evening that has all the hallmarks of a classic cup encounter.

And at the same time Maritzburg United will hope to continue their resurgence under new coach Steve Komphela when they host Mpumalanga Black Aces at the Harry Gwala Stadium in Pietermaritzburg.

Black Aces were winners of this competition in 1993, beating Chiefs in the final, but Maritzburg have never won a major trophy in their history.

There are also plenty of opportunities for some of the giant-killing acts that makes the Nedbank Cup a thrilling competition for fans of the lower league clubs.

Platinum Stars have already won two domestic trophies this season and are going for what would be a remarkable hat-trick in the Nedbank Cup. They are up against Limpopo SAFA Second Division side Great North FC at the Royal Bafokeng Sports Palace near Rustenburg on Saturday, who will be looking to emulate fellow third-tier side ALS Puk Tuwana, who ousted Dikwena from this competition in 2010.

Big-spending BidVest Wits go into the unknown as they tackle fellow Gauteng side AmaBEE, who won their place in the Last 32 the hard way.

Having worked through the qualifiers in Gauteng, they then faced Polokwane City Rovers from North West in a playoff that was won.

The Tembisa-based have ambitions to be a top-flight side one day and will relish the chance to test themselves against one of the best teams in the country at the Sinaba Stadium in Daveyton on Saturday.

Moroka Swallows will welcome Mpumalanga third-tier side Mbombela United to the Dobsonville Stadium in Soweto on Saturday night. Swallows, Nedbank Cup champions in 2009 will be hot favourites, but United will have learnt much from their participation in the Nedbank Cup last year, when they were ousted by NFD side Vasco da Gama in the first round.

Fourth-tier University of Stellenbosch will host Bloemfontein Celtic at their Coetzenburg Stadium in Stellenbosch next Wednesday in what is a major test of the progress they have made in recent years. Maties have reinvigorated their football programme and recently signed a partnership with SuperSport United that they hope will lead to bigger things in the coming years.

Of the other matches to be played, Free State Stars welcome NFD side Witbank Spurs to the Charles Mopeli Stadium in Phuthaditjhaba on Saturday, while AmaZulu travel to NFD opposition in the form of United FC and Rustenburg’s Olympia Stadium on Sunday.

There are two more games on Wednesday as well, NFD side Santos, winners of the Nedbank Cup competition in 2001 and 2003, host KwaZulu-Natal third-tier side Gamalakhe United at the Athlone Stadium in Cape Town (19h30).

“One of our objectives is to be a bank for all South Africans and soccer has proven to be a great platform to connect with the communities we serve.

The bank will continue to make a positive contribution towards empowering soccer stars and communities with the skills and resources they need to make things happen” said Sydney Mbhele, Divisional Executive for Group Marketing, at Nedbank.

The Nedbank Cup was launched in 2008 and since inception, has contributed to the development of young talent, and given deserving players from the NFD and SAFA ranks the opportunity to make their mark by testing their skills against teams from the PSL. Within six years, the Nedbank Cup has become a premier cup competition filled with many memorable moments for the fans, teams and players.

In addition, the Nedbank Cup also benefits schools and communities around the country. Last year, Nedbank donated soccer kits and sports equipment to more than 100 schools across the country. Furthermore, a multi-purpose sport court worth R1 million was donated to Sinamuva Primary School in KwaZulu Natal as part of the Goals4Goals campaign in partnership with The Sports Trust.

In 2014, more than 100 schools will receive soccer kits and sports equipment plus one school will be the beneficiary of the Goals4Goals campaign valued at R 1 million. Furthermore, the top goal scorer per round this year will receive R 10 000 for themselves and another R10 000 and a soccer kit will be donated to the school of their choice.

In addition, the public is encouraged to nominate the school that will benefit from the Goals4Goals campaign by visiting www.nedbankcup.co.za