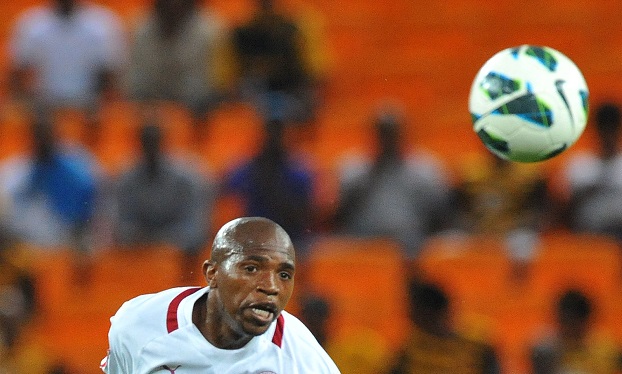 Passion FC coach Lizo Mjempu has warned that Real Kings will be surprised if they take his Mpumalanga minnows lightly when the two teams face off in the Nedbank Cup on Saturday afternoon.

Mjempu, who played his professional career as a left-back for Ajax Cape Town and Orlando Pirates, among others, is pumped up to engineer what would be the first inter-division upset of this year’s competition.

“We have a very good squad and talented players. We don’t have the experience but we will surprise them if they take us lightly,” Mjempu told SowetanLIVE's sister publication TimesLIVE.

Mjempu will pin his hopes on his captain, Bafana Sibeko, who has top flight experience with Chippa United, to lead the less-experienced players as Passion aim to stun promotion-chasing Kings. The coach said the strength of his minnows is fitness.

“We have a very good squad and talented players. We have tried our best to prepare the team and we can only wait for match day to see what happens.

Passion FC: The semi-professional team not afraid to dream big

For a semi-professional side campaigning in the ABC Motsepe League, the third tier of SA football, Brendon Tshabangu is blazing a trail with the ...
Sport
2 years ago

“I like the discipline of these boys. We run teams off the park,” Mjempu said.

Passion FC are struggling in the Motsepe League (third tier) and go into this cup clash on the back of two successive defeats.

“Things are tough for now for us, but I’m confident we will turn it around,” their coach said.

“We lost our past two games because players did not want to get suspensions and injuries as they were eyeing this Nedbank Cup game.

“We have played 16 games and we have 23 points – 13 points behind the leaders – but we have a game in hand,” added Mjempu, who has ambitions of getting the team promoted to the GladAfrica (second tier) soon.

“We are not just playing. I got Passion FC promoted from the SAB Regional League to the ABC Motsepe League. We want to see the team competing in the NFD or the PSL by 2022.”

Focus will switch to the Nedbank Cup over the next week as the 16 Premier League sides battle it out with eight each from the GladAfrica Championship ...
Sport
2 years ago

The 36-year-old Mjempu retired in 2013 after an injury-hit career that led to a lack of game time. He was one of the stars of Foppe de Haan’s Ajax side who lost out on the Premiership title on goal difference to Pirates on the final day in May 2011.

After that stellar season, Mjempu was so impressive that Pirates signed him for the next season but his career with the Buccaneers never took off.

Against Kings, who are 10 points behind leaders Ajax with 10 games remaining and five points off the pace for a spot in the promotion playoffs, the unfancied Passion FC may actually fancy their chances.

Kings are on a bit of shaky ground as they will have a new coach on their bench after Joel Masutha was suddenly fired after just four months in charge. Masutha was replaced a few hours after his sacking by Mike Lukhubeni, who himself had resigned from fellow promotion-chasing, fourth-placed Steenberg United.

With their modest home ground at Carolina High School not meeting Premier Soccer League standards, the Coal City Boys have taken this encounter about 200km away from their home comforts.

But with the match to be broadcast live on TV and scouts watching, expect the third-tier upstarts of Passion FC to be pumped up.

Winger Gift Links is following in the footsteps of a former Kaizer Chiefs and Bafana Bafana attacker Josta Dladla after joining Danish side Aarhus.
Sport
2 years ago

McCarthy: Take Kanté out of Chelsea and put Nodada in there - you won't spot the difference

Coach Benni McCarthy says he is “150 million percent” focused on his job with Cape Town City‚ but has left the door open for a discussion around the ...
Sport
3 years ago
Next Article