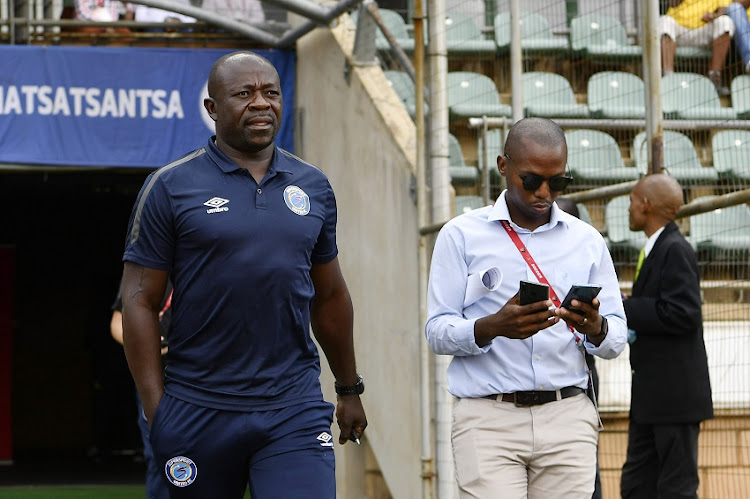 SuperSport United coach Kaitano Tembo has admitted that pressure is mounting on them as they have been cast in the unusual role of being both hunters and the hunted.

Tembo admitted that they are starting to feel the pressure as besides trying to keep up with the scorching pace set by leaders Kaizer Chiefs and second-placed Mamelodi Sundowns‚ third-placed United have to ensure that they keep fourth-placed BidVest Wits and resurgent Orlando Pirates at bay.

“At both ends of the log‚ there is pressure and three points against Mamelodi Sundowns at home (a few days ago) would have moved us a little bit closer to the top‚" Tembo said.

"It is getting tighter and tighter in front of us and also behind where there are teams that are breathing down our neck.

“Three points against Sundowns would have meant us getting closer to the top and importantly‚ we could have moved two points ahead of them (Sundowns).

"They have stretched the gap over us to four points and this means we are going to continue playing catch-up‚ which is always difficult.

"Losing three points at this time of the season is always a setback to your ambitions but we must put this behind us and focus on the next game.”

To mount a serious challenge on Chiefs or to push for a second or even a third-place finish‚ United must show mental fortitude in their remaining eleven matches and it starts with the tricky clash against 10th-placed Chippa United at home on Friday.

“We have to show mental strength so that we are a little bit consistent.

"We have another game against Chippa United at home on Friday and we must try to get maximum points.

“It is another tough game for us‚ each and every game in this league is not easy because all have different ambitions.