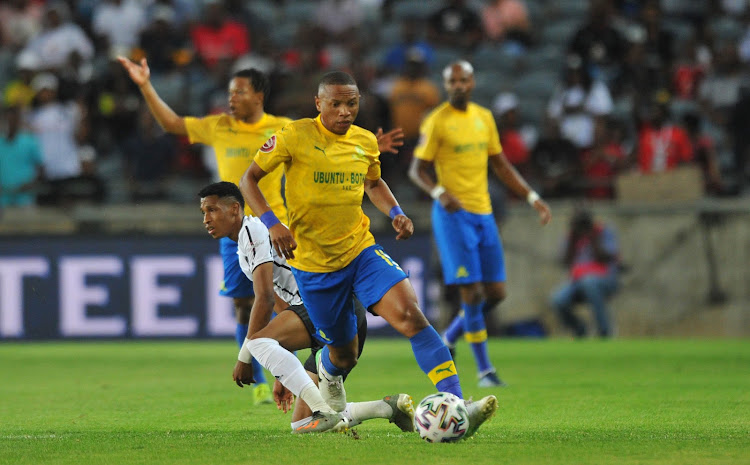 Mamelodi Sundowns coach Pitso Mosimane has praised ‘class act’ Andile Jali for showing strong mental strength as he recovered from a penalty error to help the team to a 2-1 win over SuperSport United on Sunday.

Jali’s poor defensive awareness led to United winning a penalty that was converted by Dean Furman to equalise‚ but the Brazilians recovered to win 2-1 and close the gap on leaders Kaizer Chiefs to seven points.

“The goal that SuperSport scored was against the run of play and it came because AJ (Jali) made a mistake‚” said Mosimane.

“He played the ball with one touch instead of two‚ but overall he played a fantastic game. You could see the class‚ it’s unbelievable because he is such a good football player.

“I am happy for him because he is coming up and after that mistake he showed that he is a top player because he kept playing.

"He had combination play and that shows character. He is currently playing very well and he is key for us.

Last week in the 1-0 loss to Orlando Pirates‚ Jali was sacrificed for Tiyani Mabunda at half time after he picked up an early yellow card to avoid a second booking.

Against United‚ Mosimane welcomed back Themba Zwane to the starting line-up after he missed the trip to Orlando Pirates due suspension and the influential midfielder returned with the opening goal.

“Whenever Mshishi (Zwane) is around he plays the music‚ you know the story.

"Look at our midfield in this game against SuperSport‚ it’s like we had extra people on the field.

"Mshishi combines well with Gaston Sirino and Sibusiso Vilakazi‚ when they are on song you see Sundowns playing.

"You can’t talk about why he wasn’t available against Pirates‚ that’s gone but we have him now going forward and he is very important for us.”

Mosimane also expressed unhappiness on the state of the Lucas Moripe Stadium pitch.

“I complained to the groundsman because when you see the pitch from a distance‚ it looks like a very good pitch.

"But it you come close‚ its long and heavy.

"It is ‘mooi van ver’. I told the grounds man the way it is‚ it works on the players and the ball does not flow quicker.”