SuperSport's big guns not for sale 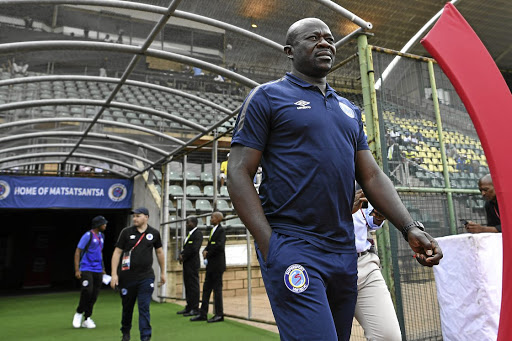 Gone are the days when SuperSport United were a feeder club to the big spenders in the PSL as they poached their players at will.

In the past few seasons, some of the biggest money moves involved players switching from Matsatsantsa a Pitori to one of Mamelodi Sundowns, Orlando Pirates or Kaizer Chiefs.

Teko Modise, Katlego Mphela, Elias Pelembe, Anthony Laffor and most recently Jeremy Brockie are on the list of players who moved from United. Currently Teboho Mokoena, Aubrey Modiba, Ronwen Williams and Bradley Grobler have been on the wanted list of some of the big guns.

However, club CEO Stan Matthews has vowed to keep their best players at all costs. Coach Kaitano Tembo is pleased that he will be able to keep some of his best players.

"It can only be good for us to keep our best players and build for the future. We have our own ambitions and for us to achieve them we will have a solid group of players who have the quality," Tembo said.

"I think this season the team has shown that it has a lot of potential and can do something special if given a chance."

Last week Matthews confirmed that Williams had signed a four and a half-year contract extension while also confirming that several players in the squad will also get new deals.

On Sunday their league aspirations suffered a setback after losing 1-2 to neighbours Sundowns in the Tshwane derby. Dean Furman scored from the penalty spot, while Themba Zwane and Thapelo Morena got the goals for Downs.

United are now third in the standings with 31 points from 19 games - 11 points behind leaders Kaizer Chiefs.

"Getting the points would have meant we get closer and that's a huge difference. We are always playing catch-up which is difficult," Tembo added.

"The whole idea is to get closer to the top and that is what we need to do. We will have to reduce the gap in the coming games."

With the January transfer window at its halfway mark, only nine teams have been active in the market. Gomolemo Motshwane looks at some of transfers ...
Sport
2 years ago

Bongi Ntuli moved into double figures for the season as he scored twice to rescue a point for AmaZulu as they held Cape Town City to a 2-2 draw at ...
Sport
2 years ago

Clinton Larsen strongly believes he has enough time to save Polokwane City from relegation, drawing motivation from achieving the same feat with ...
Sport
2 years ago
Next Article