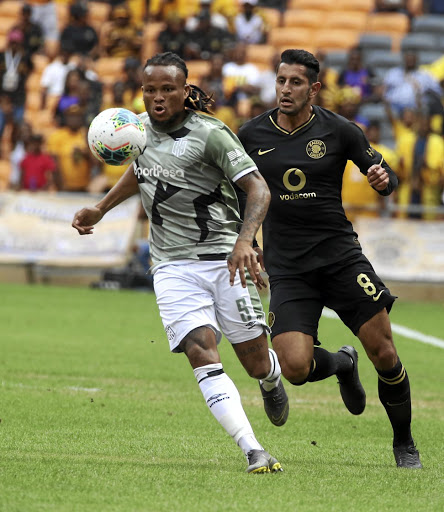 Top of the log Chiefs have had some patchy performances in a number of their games, but still managed to bag maximum points.

In the wake of their Sunday's 3-0 home drubbing of Cape Town City at FNB Stadium, Middendorp maintained playing perfectly isn't important as long as they're triumphing. "Against City, it was definitely not a game of excellence. But the most important thing is how you manage the game to get three points, sometimes performance doesn't really determine things," he said.

"We meet Black Leopards [at Thohoyandou Stadium] on Saturday afternoon [3.30pm]; they've lost three games in a row . I am 100% convinced about it [that] it's all about totally making it happen, especially because it'll be in Venda, don't expect a quality game. We just need to do the basics in terms of things like one-versus-one."

Kaizer Chiefs striker Samir Nurkovic has described his partner Leonardo Castro as a great player after the latter scored a brace in Chiefs’ 3-0 ...
Sport
1 year ago

To punish the Capetonians, Amakhosi struck through Leonardo Castro, Samir Nurkovic and Eric Mathoho, extending their advantage top of the table to nine points over second-placed Mamelodi Sundowns, who are on 32 points with a game in hand.

Nevertheless, Middendorp still doesn't want to be drawn into the title talks. The German has suggested they're taking each game as it comes, insinuating fellow challengers who have either have games in hand or more games mustn't be ruled out.

"I am not sitting there counting points or looking at what's possible at the end of the day. We have a reference point in term of looking into it, what went well, what's okay . it's always a last game [that's their reference point] and preparing for the next game.

"If 41 points is a good number so far at the moment, then good, but we have competitors who've only played a number of games less [like fourth-placed Bidvest Wits, who've played four games fewer that Chiefs' 17 ] and some more, like SuperSport, who are one game ahead and 10 points behind, but in the end let's focus on our own movement."

Log leaders Kaizer Chiefs extended their advantage at the top of the Absa Premiership to nine points over defending champions Mamelodi Sundowns but ...
Sport
1 year ago
Next Article