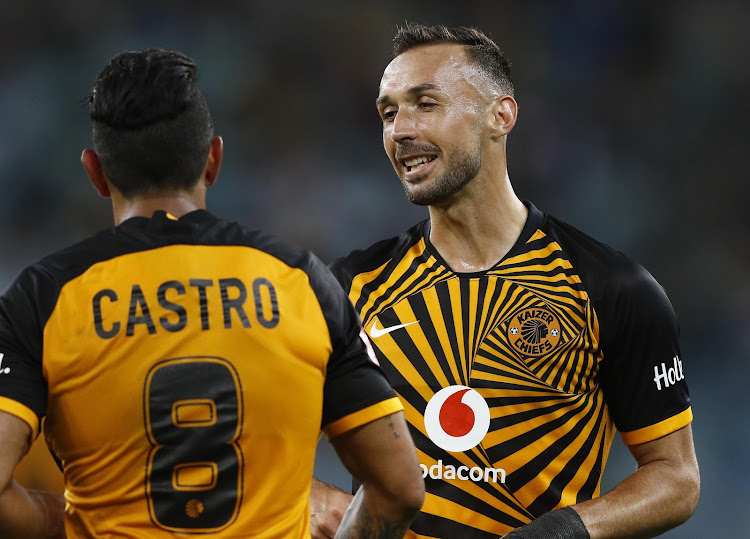 Kaizer Chiefs striker Samir Nurkovic has described his partner Leonardo Castro as a great player after the latter scored a brace in Chiefs’ 3-0 demolition of Highlands Park to mark their 50th birthday in style at the FNB Stadium on Wednesday.

Chiefs top goal scorer Nurkovic watched that game from the stands as he was suspended but will be back when the high-flying AmaKhosi host Cape Town City at the same venue on Sunday afternoon.

AmaKhosi coach Ernst Middendorp elevated Zambian striker Lazarous Kambole to the starting XI during Nurkovic’s absence and he teamed up with Castro.

But Kambole had to leave the pitch early in the first half after a head injury and he was replaced by perennial super sub Dumsani Zuma.

Defender Mulomuwandau Mathoho opened the scoring for Chiefs in the second half before Castro wrapped the game up with a brace that had Nurkovic appreciating the fact that the club is not overly reliant on him to get the goals.

“Castro is a wonderful guy and is a great player‚” said Nurkovic‚ who will have a chance to add to his eight league tally when they meet the Citizens on Sunday.

“Castro is a very good player but what is good is the fact that it’s not just him who’s helping me with scoring the goals.

“I’m joined in every moment on the pitch by all my teammates. There’s also (Lebo) Manyama whose delivery is incredible.

As Chiefs turned 50 years this week, one felt that the tributes and speeches made were only about the brand and chairperson and had nothing to do ...
Sport
2 years ago