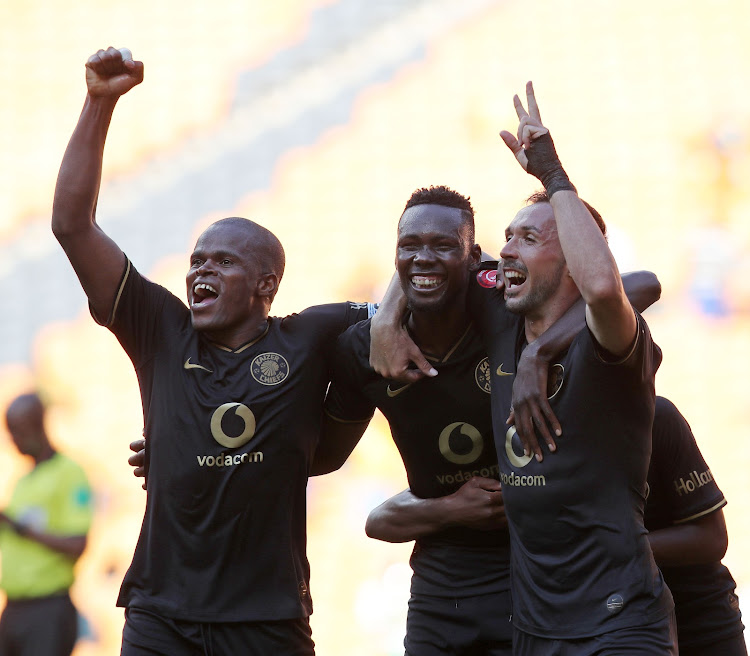 Log leaders Kaizer Chiefs extended their advantage at the top of the Absa Premiership to nine points over defending champions Mamelodi Sundowns but they had to battle for their 3-0 victory over Cape Town City at FNB Stadium on Sunday afternoon.

Leonardo Castro scored the game’s first goal and Samir Nurkovic and Mulomowandau Mathoho added two more after the break in a match in which Chiefs were outplayed for parts of the game yet continued their birthday celebrations in style.

“It was not a game of excellence but I believe we showed the art of managing the game‚ scoring at the right time and not allowing the opponent to come even close‚” said coach Ernst Middendorp at the final whistle.

The goals all came from headers as Chiefs bullied their way to victory against a City side who played some fancy football at times but were far too lightweight to make any impact.

When you are on top of the table with as convincing a lead as Chiefs have‚ then a lot falls for you and so it was that after just 11 minutes they were in the lead.

A simple cross from the right from Kearyn Baccus was met by Castro‚ who without the centre-backs putting any pressure on him‚ was able to head home across the outstretched arm of giant goalkeeper Peter Leeuwenburg.

It was the 26th goal of the league season conceded by City‚ confirming them again as the leakiest defence‚ and one that could have been avoided.

Chiefs could have been in the lead as early as the second minute when City struggled to clear a corner but a timely tackle by Edmilson stopped Castro from scoring even earlier.

It looked as if the heat and altitude might be too much for the beleaguered Capetonians‚ who are still struggling to find their feet under coach Jan Olde Riekerink.

But they got themselves into the contest as their short passing game began to work‚ with Surprise Ralani in particularly sharp form.

The number of box entries that City made will be something other coaches will seek to study for their future games against Chiefs.

But for all their slickness in the build-up‚ their finishing was not of the same standard.

Kermit Erasmus twice hit wide and Ralani might have hit his effort with more venom when he eventually did force Daniel Akpeyi into a save.

Erasmus looked to be still struggling with his hamstring injury in another blow to City‚ already hit by suspensions to captain Thamsanqa Mkhize and midfielder Roland Putsche going into the game.

Middendorp was obviously so concerned by his side losing control of the game in the first half that he made a double change at the break.

Substitute Dumisani Zuma set up Chiefs’ second goal just past the hour mark with a deft chip that Nurkovic smartly flicked on into the net.

It was the ninth league goal of the season for the Serbian proving what an acquisition he has been for AmaKhosi.

It was Chiefs’ first real attack of the second half and an opportunity carved out of almost nothing‚ effectively ending the contest.

But if there were any doubts that all three points were going back to Naturena‚ they ended straight thereafter as Mathoho powered home a header from a corner with Leeuwenburg all at sea‚ ensuring a convincing 3-0 scoreline if not the most convincing performance.