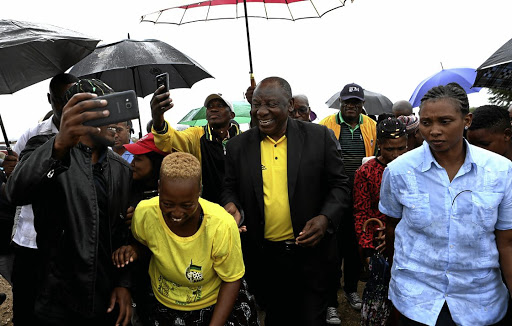 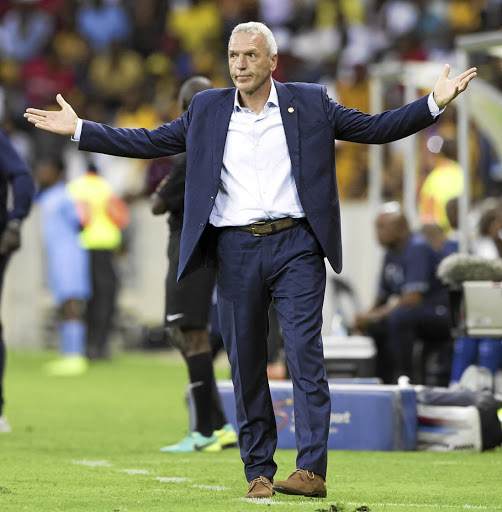 Just before the festive season started, I had my mind made up. I was going to write a column about the leadership lessons President Cyril Ramaphosa can learn from Ernst Middendorp, the Kaizer Chiefs coach.

But then Judas Moseamedi broke the hearts of Amakhosi faithful again, this time at Harry Gwala Stadium, just three days before Christmas. This left me wondering if Middendorp is as much at sea about ways of stopping Maritzburg United as our president seems to be when it comes to the Eskom crisis.

As if that was not enough, Middendorp's charges opened the new year with a heart-breaking defeat at the hands of SuperSport United - hence reviving doubts about the coach's ability to lead the 50-year-old club to its first league glory following what, in politics, might be described as four "wasted seasons".

And this evening there is a real possibility that Chiefs' golden jubilee celebrations at FNB Stadium will be spoilt by a rampant Highlands Park. Those who watched the Makhulong Stadium encounter between the two sides at the beginning of the season would agree that Amakhosi were lucky to escape with a 3-2 victory that Sunday afternoon.

But I am no soccer commentator and this column is not a preview of this evening's action.

It is a big week for both Chiefs and the ANC.

As stated above, the Phefeni Boys will be celebrating 50 years since Kaizer Motaung broke away from Orlando Pirates to form what is arguably the most recognisable sporting brand in Southern Africa.

The ANC, on the other hand, turns 108 today, and will be marking the occasion by holding a mass rally - and several bashes, no doubt - in Kimberley, Northern Cape, at the weekend.

For the purposes of this article, however, my interest is in Middendorp and Ramaphosa.

In a number of ways, Ramaphosa finds himself in a similar situation Middendorp is in at Chiefs.

Both took charge following years of spectacular failures by their predecessors. In Middendorp's case it was after Steve Komphela's trophy-less three seasons which were followed by a disastrous stint of Giovanni Solinas as head coach.

In Ramaphosa's case, he became president after nine years of a crisis-ridden Jacob Zuma administration.

The expectation on both was that their rise to the helm would bring back "the glory years" for Chiefs - in Middendorp's case - and South Africa - in the case of the president.

Their elevation was not universally supported within their organisations.

There were many Chiefs supporters who, given the German coach's first stint at the club, were openly opposed to his return, arguing that his approach to the game was "too conservative".

Even with the club currently at the summit of the log, a significant number remains sceptical of his ability to deliver the title come the end of the season.

Ramaphosa, too, has his detractors, especially within the governing ANC.

The late entrepreneur Richard Maponya has been hailed by President Cyril Ramaphosa as a trailblazer for having found successes in business during ...
News
8 months ago

He came into power after winning the party presidential race in 2017 with a very small margin. Since then, despite leading the ANC into victory in a tough general election last year, he has not been able to win the full confidence of his party's membership.

Some of this can be blamed on the "fight-back" campaign by Zuma loyalists who have not accepted that they were defeated in 2017, but most of it is of Ramaphosa's own making.

For starters, the president seems to have never recovered from the shock of winning the Nasrec conference by a narrow margin and being given a national executive committee that is a mixture of his supporters and opponents.

Instead of using his presidential power and authority to chart a new path for the party and government, he has spent much of his time on an impossible mission of trying to keep all ANC factions happy.

The results: Nobody is happy, his leadership is increasingly being questioned and the government seems rudderless in the face of the biggest economic crisis since the end of apartheid.

And here in lies the differences between Middendorp and Ramaphosa's approach to leadership.

While Ramaphosa seeks to appease, and in the process gets nothing done, Middendorp accepted from the beginning that not everyone would be happy with his method of turning around the Chiefs ship. He decided to do things his way, no matter the consequences.

The results: Chiefs stand a realistic chance of winning the league this season.

If Middendorp fails, he knows that he'll be out of the job in June. But at least he would have done things his way.

We can't say the same of the president. Ramaphosa is too cautious in his consensus-seeking and seems to be making the mistake of already having his eye on re-election.

He should actually forget about a second term and focus his energies on using the current term effectively to improve the country's governance and economic fortunes.

Rather take the risk like Middendorp instead of having no impact as a result of a cautious approach and still being ousted at the next conference for being too weak a leader.

Orlando Pirates coach Rulani Mokwena was clearly enraged with the penalty that gave bitter rivals Kaizer Chiefs a 3-2 victory over his side at the ...
Sport
10 months ago

Kaizer Chiefs striker Leonardo Castro had doubts if he could play with another powerful front man, but all that has since changed with him enjoying a ...
Sport
10 months ago
Next Article