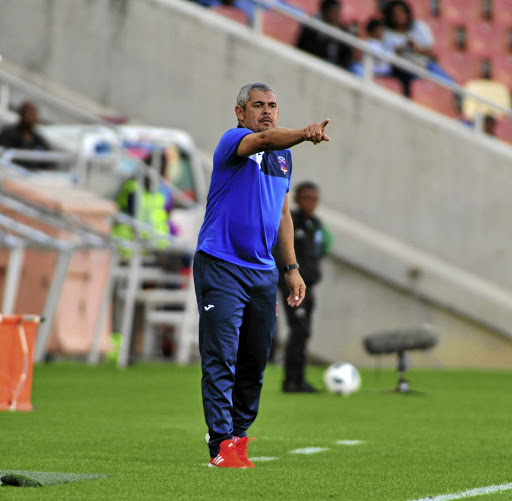 It will be a clash of the biggest losers when Baroka meet neighbours Polokwane City tomorrow.

The Limpopo derby at the Peter Mokaba Stadium (3.30pm) will be more about survival as both teams are struggling in the top flight.

Baroka and Polokwane are the two teams with the most losses in the league race this season with nine and 11 defeats respectively.

With 14 points from 17 games, Bakgaga are bottom of the table, while Rise and Shine are 14th with 16 points.

Both teams have parted ways with the coaches who started the season - Wedson Nyirenda (Baroka) and Zlatko Krmpotic (Polokwane).

Baroka are now coached by Dylan Kerr, while Polokwane are being trained by Clinton Larsen.

Both teams come from defeats after Baroka lost 1-0 to Golden Arrows, while Polokwane were hammered 4-1 by Orlando Pirates.

Larsen has rallied his team to bounce back in the derby from the debilitating thrashing.

"It's up to us now to show character and respond positively going forward. Our aim is to get four wins and at least four draws in the remaining games in order to survive," Larsen said.

Kerr, who has been awaiting his work permit, could make his debut in the derby. The England-born coach expressed his keenness to start collecting points.

"Obviously, I'm itching to get into it and be there during games. We are currently not in a good position on the table, but I am positive we can make up for it in the second half of the season."

Resurgent SuperSport United's credentials as premiership title dark horses will come under scrutiny when they welcome Maritzburg United at Lucas ...
Sport
2 years ago

Cape Town City coach Jan Olde Riekerink says their first win since he took over has lifted the burden of fear off the shoulders but this also makes ...
Sport
2 years ago

Mamelodi Sundowns will begin the task of trying to reel in Absa Premiership leaders Kaizer Chiefs when the Brazilians meet AmaZulu at Moses Mabhida ...
Sport
2 years ago
Next Article