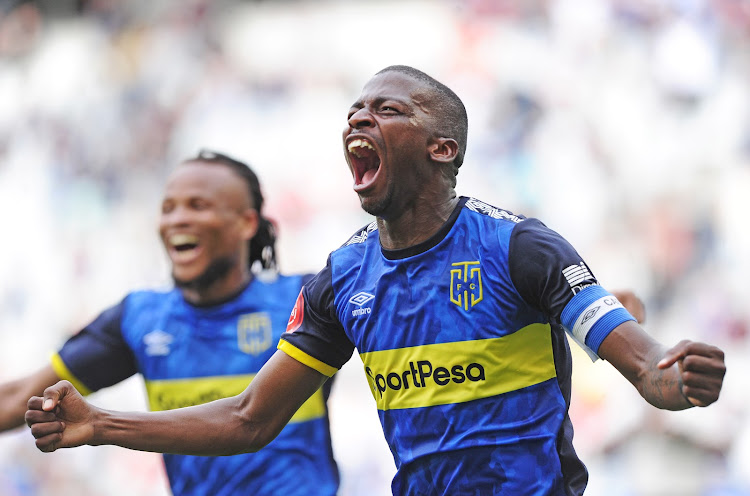 It took more than 500 minutes but Cape Town City finally got a goal‚ and a vital three points‚ as they edged Baroka FC 1-0 with skipper Thamsanqa Mkhize heading home a 66th minute winner.

New Dutch coach Jan Olde Riekerink has taken his time to make an impression and will be relieved that finally his charges found the net although they still look a long way off the side that finished in the top four last season.

Such is the congestion near the bottom that City jumped from last to 11th place while Baroka are now bottom.

City’s poor form over the last months was reflected in their cautious approach‚ missing the zip they used to display under former coach Benni McCarthy.

They were laboured in their build-ups‚ almost as if under strict instruction to play a new way under the new coach that does not properly utilise their pace and ability out wide.

There was also not the same commitment from players in the challenges‚ almost as if they are not sufficiently motivated.

But it changed after the goal as they were finally able to breathe easier.

Baroka‚ whose new coach Dylan Kerr had to watch from the stands as he awaits a work permit‚ waited for counter-attack opportunities and had a few against a slow City defence.

The best fell to Tshidiso Patjie right on the stroke of half-time when he was set away by Gerald Phiri’s perfectly-weighted pass‚ but he hit his effort across the goal and just wide.

Fullback Sbonelo Ngubane was lucky to stay on after a crunching tackle on Craig Martin as early as the 11th minute but got away with a yellow‚ perhaps because referee Kulasande Qongqo felt it was too early in the game for a dismissal.

The chances in the second half were also limited but the crucial moment came with a quickly taken corner that Chris David floated in for Mkhize to rise above three defenders to score.

There might have been another near the end when City got their passing game together as Mpho Makola set up Thabo Nodada from point-blank range‚ but his effort was saved by Elvis Chipezeze and the follow-up crashed against the woodwork.

Orlando Pirates’ 2017-18 jersey and Kaizer Chiefs’ current shirt have found themselves on a list of the world’s “Top 30 Football Shirts of the ...
Sport
2 years ago
Next Article