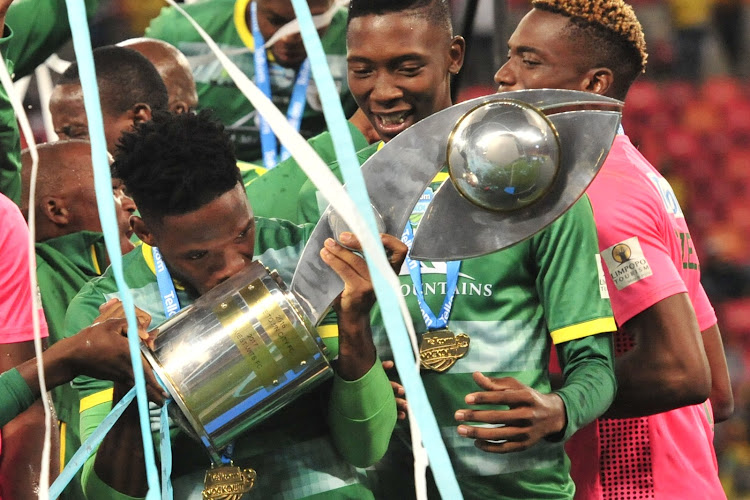 Mduduzi Mdantsane kisses the 2018 Telkom Knockout trophy after the Limpopo side beat Orlando Pirates in the final.
Image: Deryck Foster/BackpagePix

Baroka FC and Cape Town City met on the field on Sunday and will be up against each other again on Tuesday‚ but this time in the boardroom when the Premier Soccer League’s Dispute Resolution Chamber hears an urgent application on the future of Mduduzi Mdantsane.

The 25-year-old midfielder has signed for City and is taking his old club to the Dispute Resolution Chamber to have his cessation of contract ratified.

Mdantsane has a document from the club where they agree to end his contract.

But this is now being contested by Baroka‚ despite previously announcing they were letting their captain go.

This is the reason why the Premier Soccer League did not allow City to register him when they opened their offices on January 2 and why he did not feature in City’s 1-0 win over his old club at the Cape Town Stadium on Sunday.

Baroka on December 23 tweeted that Mdantsane was among four players allowed to leave the club after their contracts were terminated.

It was then that Baroka suddenly claimed that had not given him a release of contract – contradicting their earlier tweet.

The Premier Soccer League‚ presumably fearing a protracted registration tangle like the sordid Tendai Ndoro case‚ then did not issue a player’s card for Mdantsane‚ who has since asked for an urgent Dispute Resolution Chamber sitting to clear up his status.

City officials believe Baroka are trying to get some money out of the deal or were just being tricky to stop Mdantsane from playing against them at the weekend‚ where they feared he might do them embarrassing damage.

As it turned out‚ Baroka lost 1-0 to plunge to the bottom of the log table.