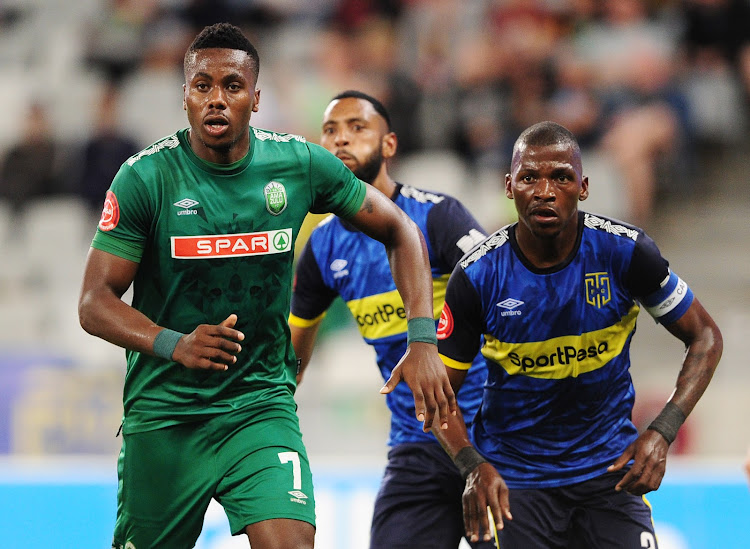 AmaZulu coach Jozef Vukusic has denied his side is over-reliant on forward Bongi Ntuli after the red-hot striker netted twice in the 2-2 draw with Cape Town City on Wednesday to take his tally in the Absa Premiership this season to 10.

Astonishingly‚ Ntuli has netted all but one of Usuthu’s 11 league goals this campaign‚ with Butholezwe Ncube the other player on the scoresheet after 17 games this season.

But Vukusic maintains this is more about how the team plays in trying to get the ball to the point of their attacking spear.

“We worked on the final third a lot‚ sometimes people say only one player scores goals and if you don’t have him then what will happen?

"But that is what the striker is there for and the people around him must work for him‚” Vukusic told reporters.

“I still hope that we will improve more and we will score goals from other combinations. But if he [Ntuli] scores 20 goals this season‚ that is also fine!”

This is already the best season of the 28-year-old Ntuli’s career‚ with his previous top mark in the Absa Premiership being seven goals‚ which he achieved twice.

His brace against City also took him to 50 in his league career‚ coming in 142 starts for AmaZulu‚ Lamontville Golden Arrows and Platinum Stars.

He also spent a season in the first team at Mamelodi Sundowns‚ but only managed 27 minutes on the pitch in a single substitute appearance in the 2014-15 campaign.

Usuthu rallied from two goals down to draw level at halftime against City and then held on in the second period as the hosts enjoyed the lion’s share of possession.

Vukusic maintains he did not tell his side to sit back and play for the draw at the break‚ only settling for the point late on.

“I told the team at halftime‚ we can win the game‚ but we play away against a good team and if you give them the space behind the defensive line‚ they can kill us. So we dropped a little‚ but the target [to win] was the same‚” the coach said.

“I go into every game to win the game‚ but I did say to the team in the last five minutes‚ to go for the draw.

"But otherwise we play for the wins and there were different ways that we could win‚ be it on the counter-attack‚ but the final ball was not exact.

“We will see at the end of this season what this point means. We know what we need to survive. After five games we had two points‚ now we are collecting points slowly and this one is good.”

AmaZulu are two points above Stellenbosch FC in the relegation play-off position‚ and three in front of rock-bottom Baroka FC.