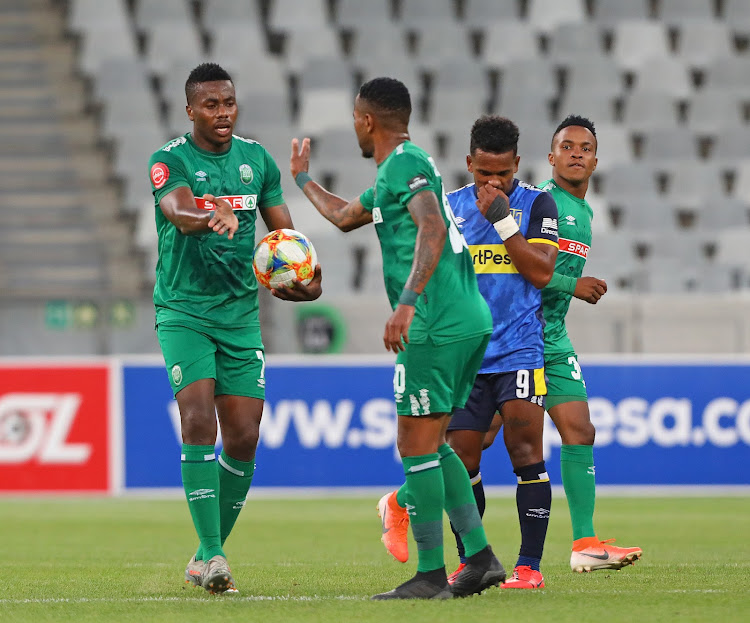 Bongi Ntuli moved into double figures for the season as he scored twice to rescue a point for AmaZulu as they held Cape Town City to a 2-2 draw at the Cape Town Stadium on Wednesday.

City had led 2-0 midway through the first half after goals for Surprise Ralani and Roland Putsche, but Ntuli struck twice before the break to earn his side a precious away point.

City did most of the attacking in the second half but could not find a winner, and will be desperately disappointed to have let their lead slip in front of a sizeable holiday crowd in the Mother City.

There was still no sign of their Slovakian forward Milos Lacny, who is waiting for his work permit.

City almost got themselves into early trouble when a weak back-pass from Greek defender Ioannis Potouridis was short of goalkeeper Peter Leeuwenburgh, but while Ntuli rounded the gloveman, the defensive cover meant he could not get a shot away.

After a quiet opening 15 minutes, City hit the front with an excellent solo goal. Experienced winger Ralani picked up the ball 40 yards from goal and after riding two challenges, drilled the ball low into the bottom corner.

It was a sparkling goal to light up a damp Cape Town evening and just the tonic for a City side who have only scored one goal in their previous five games.

It was 2-0 some 10 minutes later in similar circumstances, Chris David showing trickery on the edge of the box and when he was tackled, the loose ball fell to Putsche, who brilliantly steered it into the back of the net.

Riyaad Norodien had a shout for a penalty turned down by referee Thando Ndzandzeka, before Usuthu pulled a goal back as Michael Morton’s inviting cross was glanced home by Ntuli with his head.

And the burley frontman got a 10th goal of the season when more slack defending in the city box from a free-kick allowed him to score.Leeuwenburgh appeared indecisive on whether to come for the cross and with City unable to clear, poacher Ntuli profited by snapping up the loose ball.

City made a double change at the break, bringing on Mpho Makola and Mduduzi Mdantsane, the latter making his debut after his transfer from Baroka FC was confirmed this week.

The home side pushed forward in the opening 15 minutes of the second half and worked some good position, but were let down by a rushed or inaccurate final ball.

Kermit Erasmus blasted over the bar when well placed, before AmaZulu goalkeeper Neil Boshoff saved from point-blank range to deny Ralani, who really should have scored.

Putsche shot just wide from a 30-yard free-kick as City continued to look the most likely to score, but lacked quality in their efforts.