Sundowns coach Pitso Mosimane: 'We are training on Christmas Day' 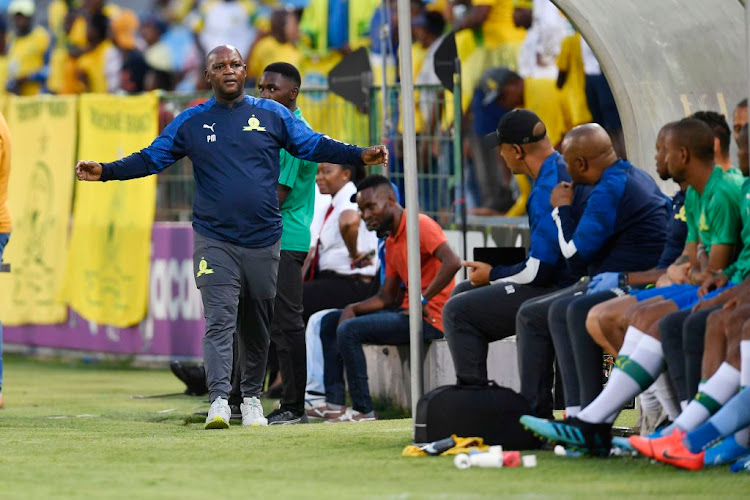 While most Premiership players will be enjoying some downtime with the families on Christmas Day, Mamelodi Sundowns will be hard at work in Algiers preparing for their crucial Caf Champions League group stages match against USM Alger on Saturday.

The Brazilians, who have played six matches in all competitions this month, including the Telkom Knockout final, leave for the Algerian capital via Paris on Monday and will arrive in North Africa on Tuesday.

`"We are leaving on Monday and only land on Tuesday because Egypt is the only country in North Africa where you can go direct,” said Mosimane.

“You can’t go direct to Tunis, Rabat or Algiers and we can’t do anything when we arrive on Tuesday which is the 24th.

"We will have to train on the 25th, which is Christmas Day, and try to do something with the embassy if they are not closed.

"If the embassy is closed, we will see what we do in the hotel to pep ourselves up but we have to train on Christmas Day.

"It is part of the programme, the game is on the 27th and we have to do tactics on the 25th and bring everybody up to speed.”

Sundowns go to the game leading Group C with four points after two matches and Mosimane believes that they can get all the three points to stay top of the pile.

“I believe we can win there," he said.

"I think we have a chance to win this one more than the one against Wydad in Casablanca.

"Hopefully Mauricio (Affonso) will be back and we can find our way through at the back.

"I was worried with Mosa’s (Lebusa) collision against Polokwane City but if he doesn’t make it we have Wayne Arendse.

“It is not going to be an easy game.

"It is the same mentality and culture of the North Africans and you will see the grandstand will be full.

"But we have the mentality to play that game against the North Africans.”

“We don’t have a lot of players available to play in the Champions League.

"Emiliano Tade left with one place, Phakamani (Mahlambi) is still injured, Keletso Makgalwa has a groin, Anthony Laffor hasn’t trained one full session with us and Rivaldo Coetzee is injured.

"We have 25 players registered including three goalkeepers but they will be back these guys.”

Cosmos' poor results due to lack of permanent base

Jomo Cosmos skipper Ange "Paparo" Lebahi has candidly put down the club's poor form to the constant changing of home venues.
Sport
2 years ago
Next Article