Chippa United too strong for SuperSport 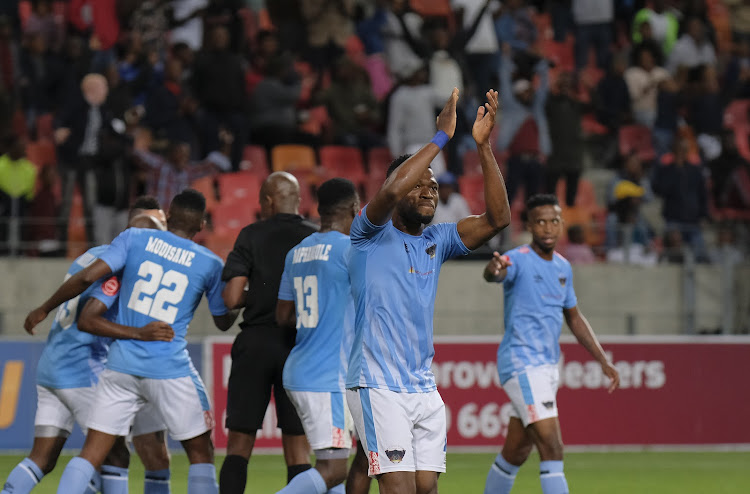 Chippa United’s rise from the basement of the Absa Premiership continued on Saturday as they beat SuperSport United 1-0 at the Nelson Mandela Bay Stadium to finish the year in ninth place after being rock bottom at the start of the month.

Under coach Norman Mapeza, Chippa have now taken 13 points from 15 in their last five matches and been turned from a hapless outfit into an efficient outfit who might be a real force in 2020.

SuperSport United missed out on a chance to keep up the pressure on Kaizer Chiefs and stay 10 points behind the leaders, having played two matches more.

Both sides played a cautious game, looking for chances on the counter attack so that, at times, the contest too cagey and circumspect.

But individual talent abounds in both sides and, as a result, both were equally capable of breaking down the opposing defence.

Chippa showed as much as Maholo grabbed his first ever goal, in three seasons at the club, despite SuperSport having everyone behind the ball as Chippa launched their 42nd minute attack.

He cut inside, played a one-two with midfield partner Meshack Maphangule, and then curled a shot around Ronwen Williams and in off the post.

Williams might have done a little better but he had already made several key saves to keep his side in the game.

The first was from a rasping effort from William Thwala, that he saw Williams five away to the left to turn around the post. It was a super effort from the mercurial Thwala, who then spolt his copy book by trying more long-range efforts, each one progressively worse than the previous.

Williams also saved from Thwala at close range after another Chippa quick passing move cut through the SuperSport defence on the half hour mark and soon after that made an even better save from Augustine Kwem after SuperSport’ precocious midfielder Sipho Mbule had been caught in possession, trying to showboat in the midfield and turning over the ball.

This is a something under-23 international Mbule needs to knock out of his system if he is to live up to his potential and go on and become a player who can earn a move to a major team overseas.

Mbule was yanked off at half-time, with Jamie Webber on in his place.

Tebeho Mokena’s freekick in the 55th minute offered Clayton Daniels a close-in header which he put on the roof of the net.

Bradley Grobler had a powerful close range shot, soon after, bravely blocked by Gerald Modisane as SuperSport began to show some belated enterprise.

But they were still not sharp enough to break down a Chippa defence that has not conceded for five games in a row now despite several good chances late on in the game.

Thwala might have wrapped up the result 15 minutes from time as he was set up by a rousing run by flying fullback Gregory Damons and a clever inside pass from Kwem but was unlucky to hit the upright and see Thabo Rakhele blocked as he tried to snap up the rebound.