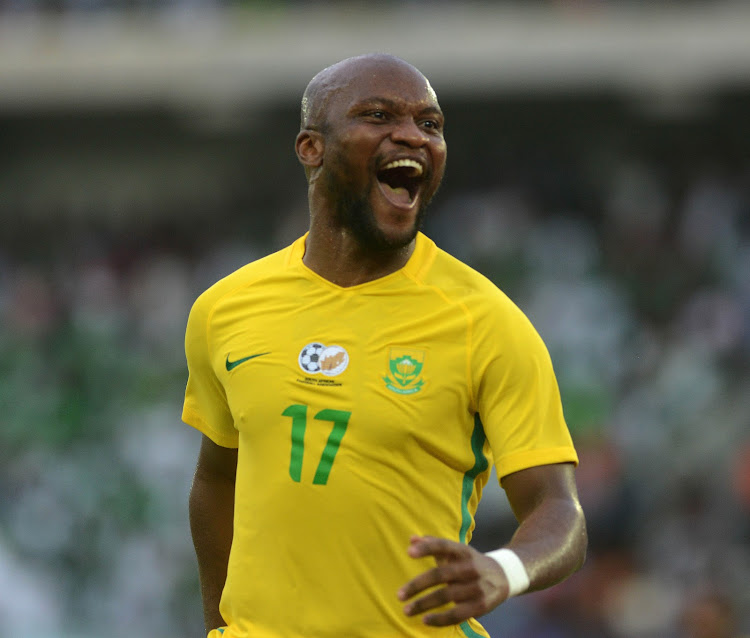 Sundowns coach Pitso Mosimane confirmed that he has not seen the self-destructive former Bafana Bafana‚ Orlando Pirates and Bournemouth FC striker in weeks and has no idea where he is.

"You must ask Yugesh (Singh).

"I haven’t seen him‚ maybe you can locate him but we will see‚” said Mosimane.

Many questioned Mosimane when he took a huge gamble and signed Rantie on a three-year deal in September.

His career had been blighted by off-the-field issues with his fitness and discipline.

The Sundowns coach disregarded the fact that the player was released by former Cape Town City coach Benni McCarthy from his contract without kicking a ball in December last year.

Mosimane said at the time he was determined to offer the player an opportunity to turn his life around and sent him to a rigorous three-month assessment during the club's pre-season camp in Nelspruit in July.

He continued to have faith in him and said people cannot continue to base their views on Rantie's past mistakes.

Rantie appeared to grab the lifeline and made an impression.

“I believe that we can’t hold somebody to what he has done in the past‚” Mosimane said at the time.

“We all know that he has had big challenges in the past but somebody has to give a helping hand and probably that somebody is me.

"What if he comes out right‚ we have nothing to lose.

"We assessed him and I like him. My recommendation to the club was to give him a chance because everybody deserves a second chance.”

Rantie was looking to resurrect a career that has hit the skids but now faces a bleak future as Mosimane has shown in the past that he has no tolerance for players who destabilise the team with ill-discipline.

In January this year Sundowns terminated the contract of defender Siyabonga Zulu‚ who has since joined Black Leopards‚ for failing to report for training.

In June Mosimane spoke strongly against ill-disciplined players and said that he rejects those who don’t follow team protocols.

“My belief is that football will deal with you if you are not disciplined.

"The dressing room is going to reject you and your life will be exposed because you are a public figure.

"I am not going to pretend that I have a house that is full of monks or anything like that‚” said Mosimane in June.

“Our dressing room has rejected a lot of noisy players in the past.

"Either you fit in or the system will take you out and if you want to fight the system you have to be top on the pitch.

"You know players that have left us‚ I don’t want to mention them by name.

"We have a lot of work to do‚ we have match analysis‚ lots of games to prepare for and play and you must tell me where you think we must help you to improve.”

Sundowns beat Plokwane City 1-0 in a league match at Loftus on Saturday night.

Former Kaizer Chiefs and Mamelodi Sundowns midfielder George Lebese has been given an opportunity to revive his career with American USL Championship ...
Sport
2 years ago