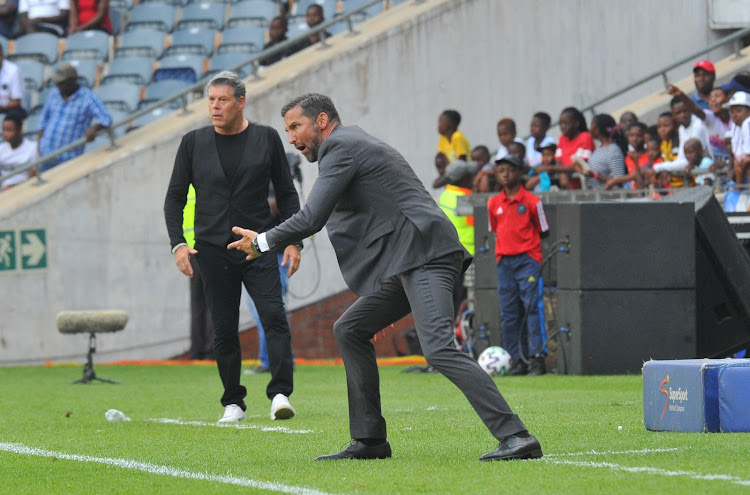 New Orlando Pirates coach Josef Zinnbauer says he has been welcomed with open arms by his technical team.

Zinnbauer’s tenure got off to a winning start as Pirates beat Polokwane City 3-1 at Orlando Stadium on Saturday in their final game before the Absa Premiership’s Christmas break.

Zinnbauer‚ appointed on Tuesday‚ December 10‚ replaces caretaker-coach Rulani Mokwena‚ who had stood in on the bench since Milutin Sredojevic dramatically left the club three games into the 2019-20 season.

With 32-year-old coaching prodigy Mokwena relegated to assistant coach again‚ there appears the potential for tension in the new technical staff structure.

Zinnbauer said he has had nothing but a friendly greeting from assistants Mokwena and Fadlu Davids.

“All the guys have opened their arms when I came here.

"The staff have been very welcoming‚” the coach said after his team’s league win on Saturday.

“They have extended their hands and the [technical] team is very good. We have had a good contact and a good connection. It’s very good.”

Zinnbauer now has a 12-day period – minus‚ however‚ the many days off the players receive – to work with his squad until Pirates meet Bloemfontein Celtic at Dr Molemela Stadium on Saturday‚ January 4.

Former Kaizer Chiefs and Mamelodi Sundowns midfielder George Lebese has been given an opportunity to revive his career with American USL Championship ...
Sport
2 years ago