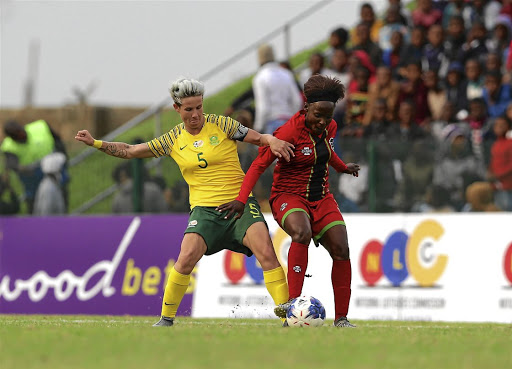 As the runners-up, Ma-Indies have also secured a spot in the WNL, an initiative that's still in its teething phase, having been established in August.

Without touching on the financial element, Van Wyk admitted they will miss playing in the Sasol League, hoping Safa improves the standard of their National Women's League.

Banyana Banyana head coach Desiree Ellis paid a visit to the SportsLIVE podcast to detail the whimsical year 2019 has been for the South African ...
Sport
2 years ago

"I must concede that everything is going smooth at the Sasol League and it was wonderful playing there. now we're promoted to the professional league [the WNL]," said Van Wyk at a media conference aimed at officially unveiling JVW and Ma-Indies as WNL clubs as from next season, at Safa House yesterday.

"It [being promoted to the WNL] is an amazing achievement, but it is a bitter-sweet moment to leave Sasol League, that's what I can say for now. My club is committed to compete in the professional league, regardless of administrative hurdles."

Meanwhile, at the same media event, Safa acting chief executive Gay Mokoena indicated negotiations with potential sponsors of the league were at an "advanced stage".

"We are still in talks with potential sponsors of the Women's National League. Unfortunately, we can't announce who will be sponsoring the league while we are still negotiating, but it is promising," assured Mokoena.

'Bongeka keeps me on my toes'
Sport
2 years ago

Banyana Banyana captain Janine van Wyk has signed for Danish side Fortuna Hjorring, who are playing in the preliminary rounds of the Uefa Women’s ...
Sport
2 years ago
Next Article