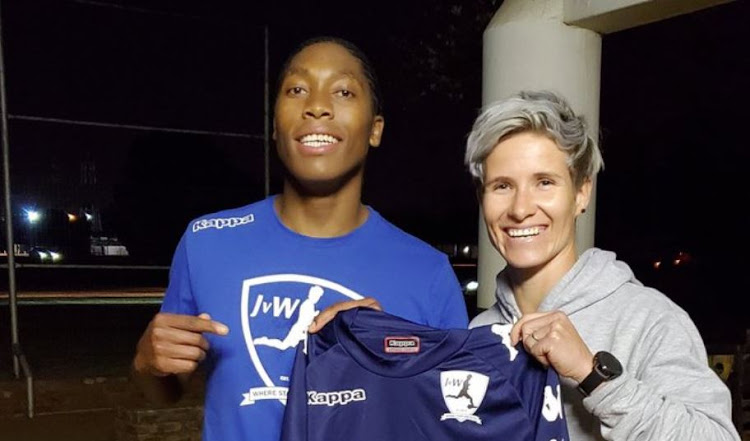 Janine van Wyk Football Club (JVW FC)‚ which is owned by Banyana Banyana captain Van Wyk‚ has confirmed that the 28-year-old Semenya has joined them to set a new challenge for herself in football.

The club said Semenya will not be registered for the current Safa Sasol League because the transfer window is closed but she will continue to train with the team in preparation for next season.

“This signing will help to generate massive interest in women’s football and you will know that as Safa we have always been behind her during athletics competitions and when she faced challenges‚” Paul said.

“Likewise‚ she supported us when we went out to play against Senegal and when we were at the Fifa Women’s World Cup in France‚ she was there as well.

“I think this is another way that will help us grow women’s football in the country. We are sitting on just under 500‚000 women members at the moment and we want to grow that to 1 million by 2022. This move will definitely help us to do that. 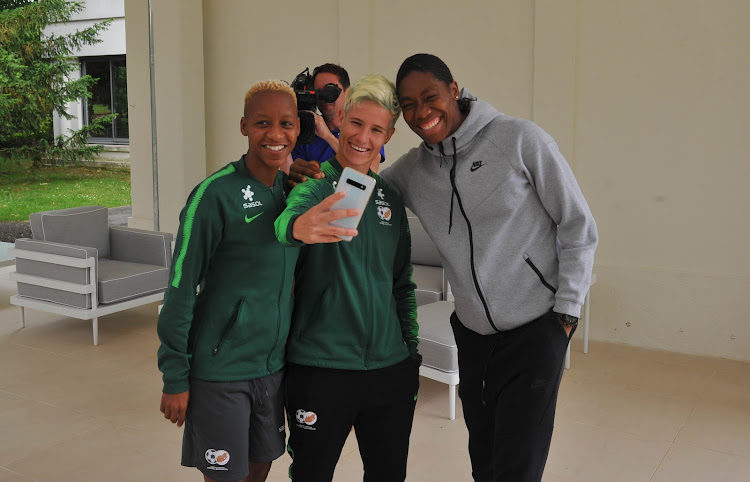 “You saw where the eyes of the world were when Usain Bolt was going around the world trying to earn a professional football contract.

Eyes were on him‚ and that gave an opportunity and massive profile for those clubs where he tried his luck because there was a fair amount of hype around it.

“We have seen a similar kind of scenario with a football legend like David Beckham in the US where he created a tremendous amount of following and he is now trying to buy a club there.

"Getting big personalities in the women’s game will not only drive interest from a playing perspective but from a spectator and commercial perspective.”

Semenya‚ who will be training alongside established Banyana campaigners like Nompumelelo Nyandeni and Mamello Makhabane‚ said she is hoping to make a meaningful contribution.

“I am grateful for this opportunity and I appreciate the love and support I already got from the team.

"I am looking forward to this new journey and hopefully I can contribute as much as I can to the club‚” Semenya said. 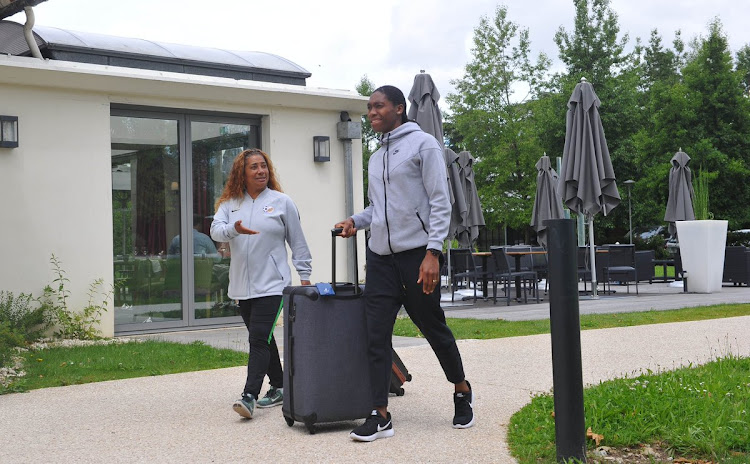 Van Wyk‚ who recently signed with Danish club Fortuna Hjorring‚ said she cant wait to see Semenya in the colours of her club.

“I am extremely elated to have such an iconic athlete join my football club. I am absolutely honoured that out of all the other women’s clubs around the world‚ she has chosen JVW as the club where she would like to start showcasing her football skills‚” the Banyana captain said.

“I welcomed her at her first training with the team on Tuesday and was impressed to see that she definitely has all the fundamentals.

"I look forward to her working with our coaches where I am sure she will sharpen up and get ready to play in 2020.

“Although I won’t be here for the rest of the year as I have just signed with Fortuna Hjorring‚ I have no doubt that Caster will fit right in and enjoy her time at the club.”

Happy to announce my signing with @jvwgirlsfootball for 2020 season. Looking forward to this journey. ? pic.twitter.com/9Urd7aQ3NF