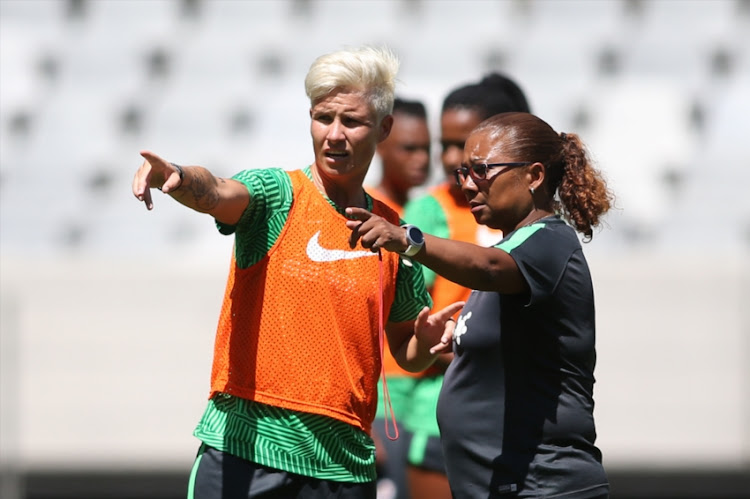 Banyana Banyana captain Janine van Wyk has signed for Danish side Fortuna Hjorring, who are playing in the preliminary rounds of the Uefa Women’s Champions League this season.

The Aalborg-based side were Champions League quarterfinalists in 2016-17, where they lost to Manchester City’s women’s side.

Van Wyk signed a deal with the club this week, but will continue rehabilitation from a knee injury picked up in the recent Cosafa Women’s Championship before heading out to Denmark.

The move was announced by her JWV Academy, which is hoping to also create links with the Danish Dana Cup Academy.

I am incredibly excited to join @FortunaHjorring, a club that has a great development structure and believes in the growth of womens football. I cant wait to get started & contribute to being the best I can be for this amazing team. https://t.co/To1G9qUKfo

“The primary reason for the South African stalwart’s arrival to Hjorring is to be a player, however, the idea is to establish a collaboration with her academy and the Dana Cup,” a statement read.

“Besides playing on the field, Janine van Wyk and the Dana Cup Academy have built a relationship and look forward to work together in the near future and create benefits for both parties.”

Van Wyk, the most capped South African footballer in history, previously had a two-year stint with Houston Dash in the National Women’s Soccer League in the United States.