Do or die for Rulani Mokwena 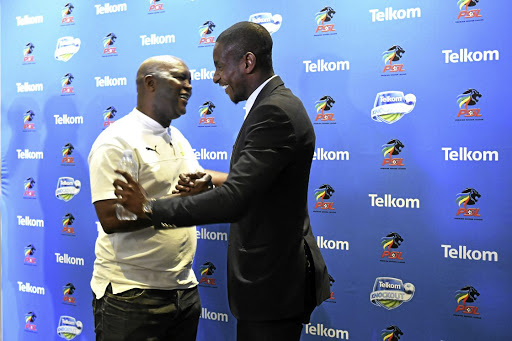 Orlando Pirates stand-in coach Rulani Mokwena borrowed a page out of his close friend and mentor Steve Komphela's book in declaring that he would be willing to give his life in order for his team to find success.

These are anxious times at the Buccaneers as fans are waiting to see if the players will respond positively to the philosophy of Mokwena and in so doing end their six-year trophyless drought.

In attempting to explain his desperation for the team to do well, Mokwena said he would be willing to make the ultimate sacrifice.

"I say all the time that I'm here to serve. My grandfather died for this club. My uncle Jomo Sono left his wedding for this club, so who am I to complain [if I have] to spend sleepless nights to make sure that the club gets back to winning ways," Mokwena said.

Faced with a similar pressure situation a few seasons ago at Kaizer Chiefs, Komphela - who was the first to hand Mokwena a chance as an intern at Platinum Stars - also once famously declared: "If the Almighty were to come now and say to me and say 'make a choice, you perish [or win a cup with Chiefs I'd say]. take my life, my Lord. Let the people celebrate'."

As the Buccaneers continue their attempt to end the trophy drought, they will start their Telkom Knockout campaign against Stellenbosch at the Orlando Stadium tomorrow (6pm).

Pirates have been idle for almost a month, due to the fixture schedule and the Fifa break, having last played on September 28 against Cape Town City (3-3).

"The intervals have come in and have come in handy. The first [September Fifa break] was to stabilise things and to work on creating goals.

"Now this one we have tried to find a balance between our game forms [so] that one mirrors the other. We have put in the work and credit to the players," said Mokwena.

While conceding the abrupt departure of Milutin Sredojevic destabilised the team, Orlando Pirates utility defender Thabiso Monyane has maintained as ...
Sport
2 years ago

With only nine points from a possible 21 in the Absa Premiership so far‚ Orlando Pirates coach Rulani Mokwena admits they are swimming against the ...
Sport
2 years ago

Orlando Pirates teenage sensation Thabiso Monyane can play virtually every outfield position with ease. This is the sentiment of one of Pirates' ...
Sport
2 years ago
Next Article