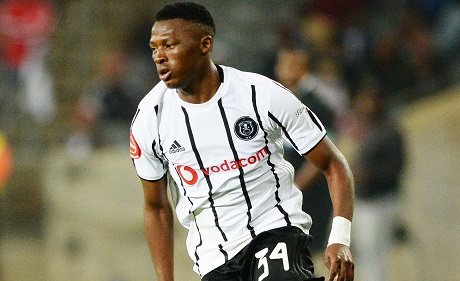 While conceding the abrupt departure of Milutin Sredojevic destabilised the team, Orlando Pirates utility defender Thabiso Monyane has maintained as players they're fully behind Rulani Mokwena.

"Yes, I can say that his [Sredojevic's] resignation had a negative impact on us because we never saw it coming, but in coach Rulani we have someone who's capable of leading us to glory," Monyane told Sowetan.

"We are supporting coach Rulani fully. He's a special person, he loves his job and he loves the club.

"We are working extremely hard to bring back the glory days. We are doing our utmost best to play for him."

Since taking the reins on a caretaker basis following Sredojevic's unexpected departure in August, Mokwena has won just one of the seven matches he's overseen, with four draws and two defeats across all tournaments.

Orlando Pirates teenage sensation Thabiso Monyane can play virtually every outfield position with ease. This is the sentiment of one of Pirates' ...
Sport
2 years ago

Mokwena's lowlight as the interim mentor came when Bucs were dumped out of the CAF Champions League and the MTN8 a few days after taking over.

Amid Bucs' indifferent campaign, Monyane has been a beacon of hope. The 19-year-old's impressive form earned him plaudits from Mokwena, who labelled him "the best right-back in the country at the moment" three weeks ago.

"As a collective we are not doing so well, but individually I can say that I am doing good. It's still early days and I hope that I can maintain my form until the last game of the season,'' said Monyane, who was promoted to the senior side before the beginning of the campaign.

On the back of unconvincing performances in the league, Pirates hope to find solace in the Telkom Knockout, hosting newbies Stellenbosch in the first round at Orlando Stadium on Saturday (6pm).

"We just have to change our mindset and focus on our goal of winning trophies. It's about us fixing our defensive shortcomings and other aspects we are lacking," said Monyane.

Orlando Pirates teenage sensation Thabiso Monyane can play virtually every outfield position with ease. This is the sentiment of one of Pirates' ...
Sport
2 years ago

Zizojika into (things will change), which has been Orlando Pirates fans favourite song in times of trouble, seem to have did the trick to inspire ...
Sport
2 years ago
Next Article